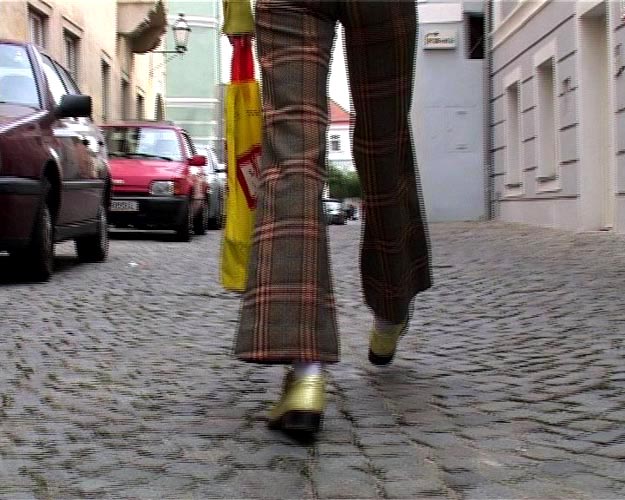 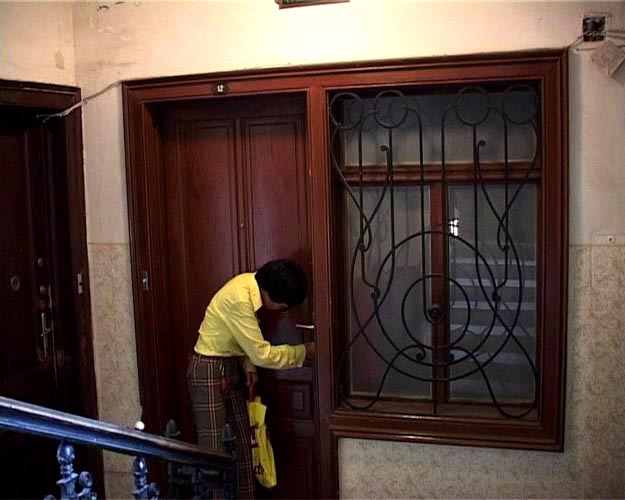 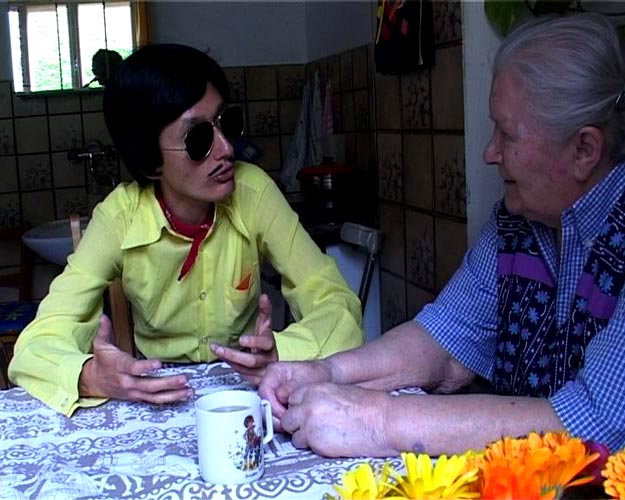 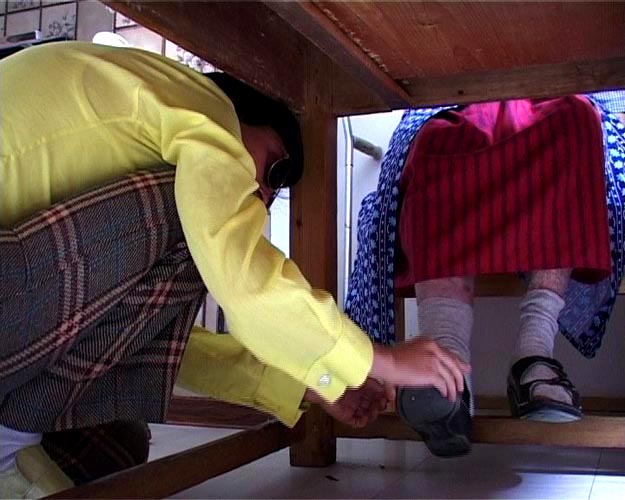 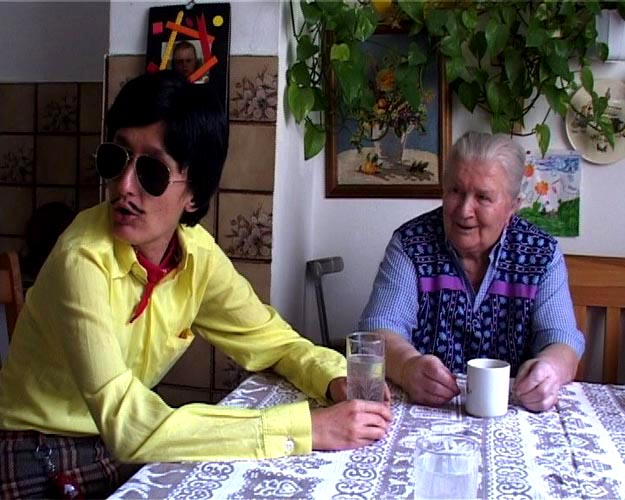 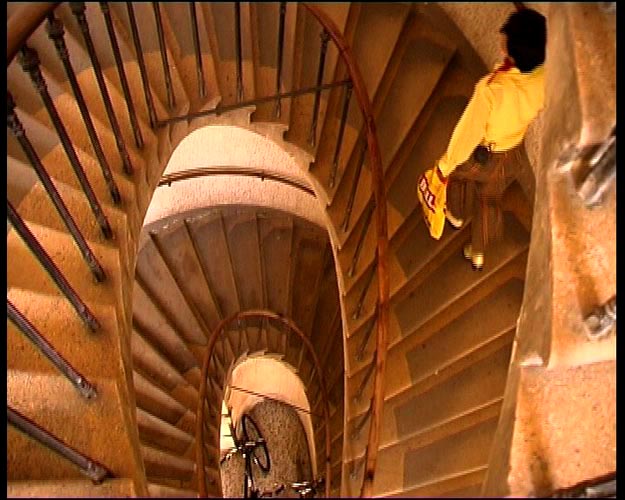 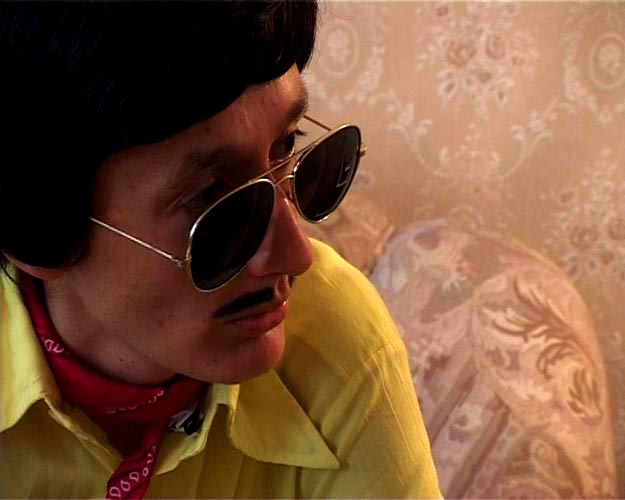 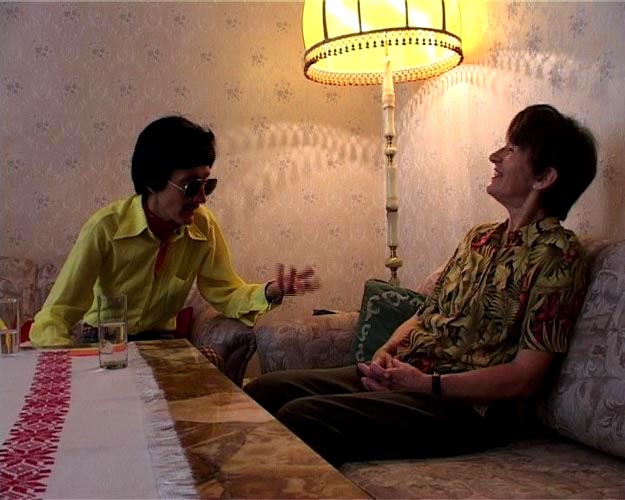 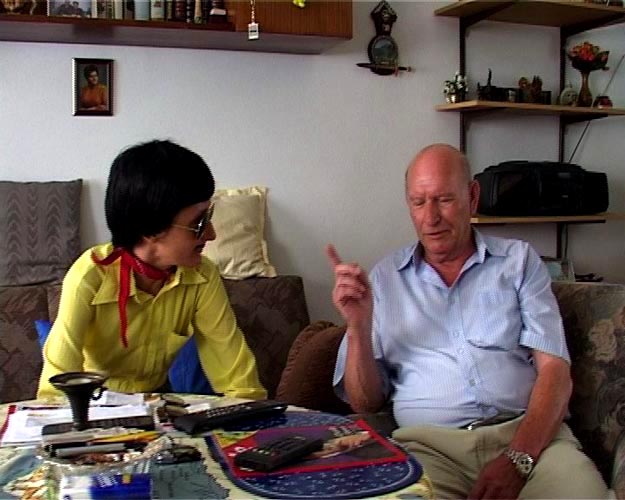 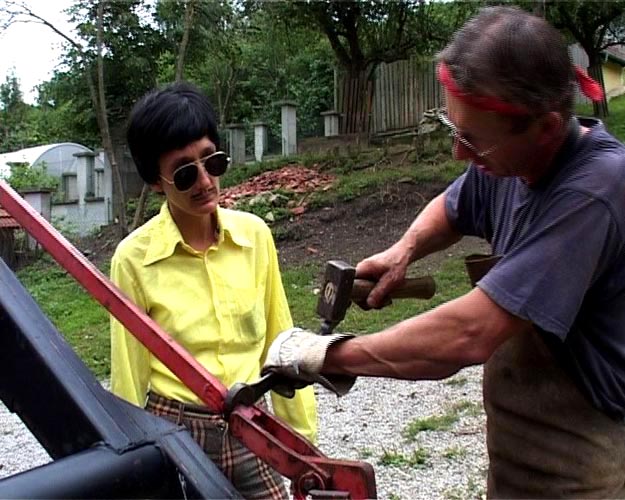 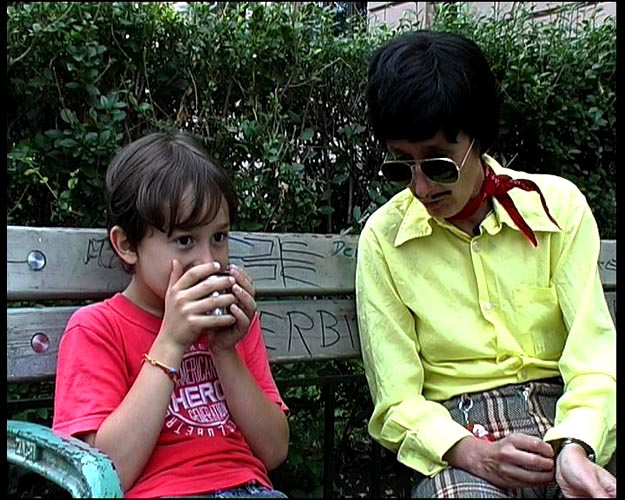 Barbara Kraus was born on her stepmother’s smallholding in the countryside in a predominately catholic region. She became a performance artist who often stretches the limits of performance by being provocative, radical and also very funny.

An interview was broadcast on TV showing her with a shaved head, screaming on stage. Her relatives saw the programme. Since then she has had a strange image for them. Barbara Kraus heard about the rumours so she became the reporter Johnny and took the opportunity to go and find out more. His questions were: what do you think Barbara Kraus does for a living? And: If Barbara Kraus gave you three minutes on stage to show whatever you wanted, what would you like to see there?

The (surprising) answers were mixed together in the film, which was screened at the Tanzquartier Wien (A). The responses to the second question were shown in the second part of the theatrical event, which featured all of the requests in three minutes sequences — some were mind-blowingly absurd.

The film starts off as a documentary about Barbara Kraus in her relatives‘ imagination. But the more the members of the family talk, the more the interpersonal dynamics, the struggles, unsolved hostilities and mistrust become the main theme.