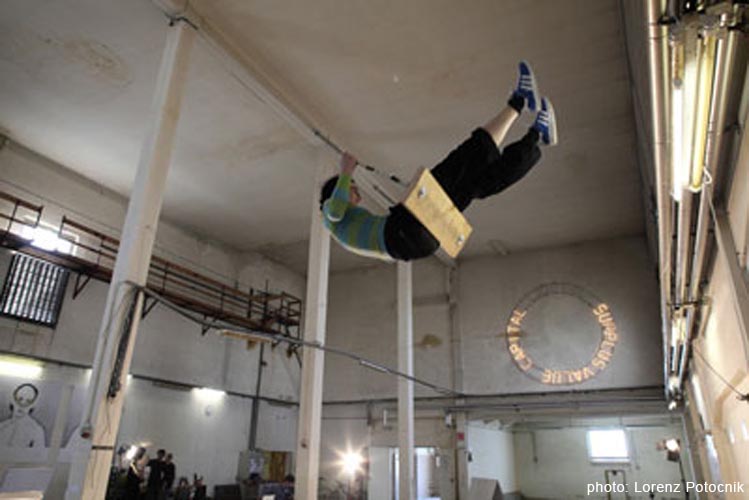 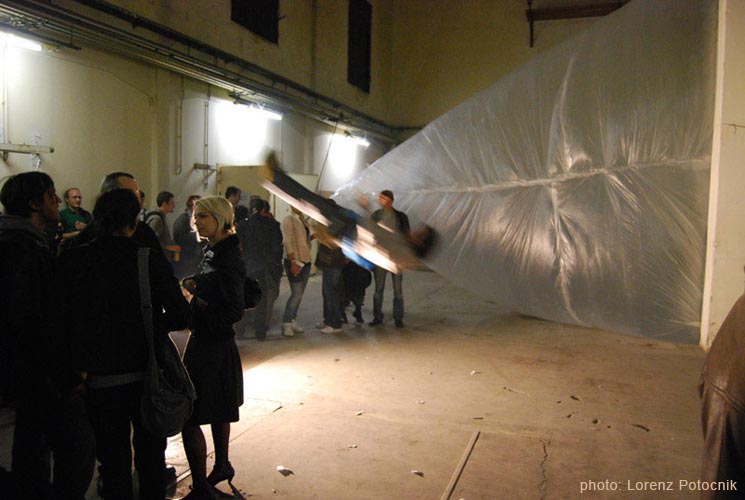 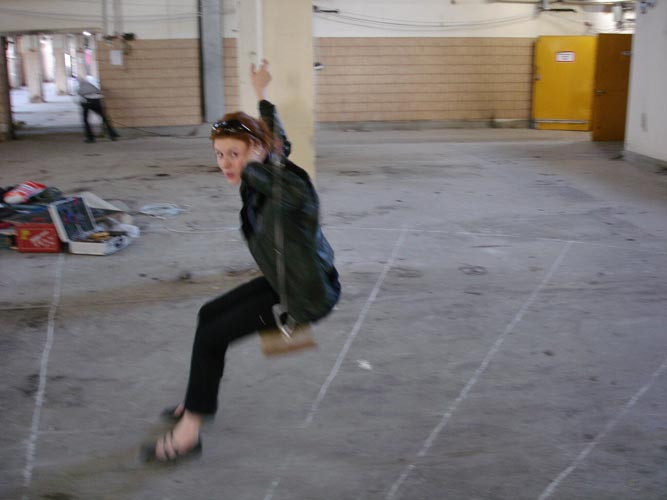 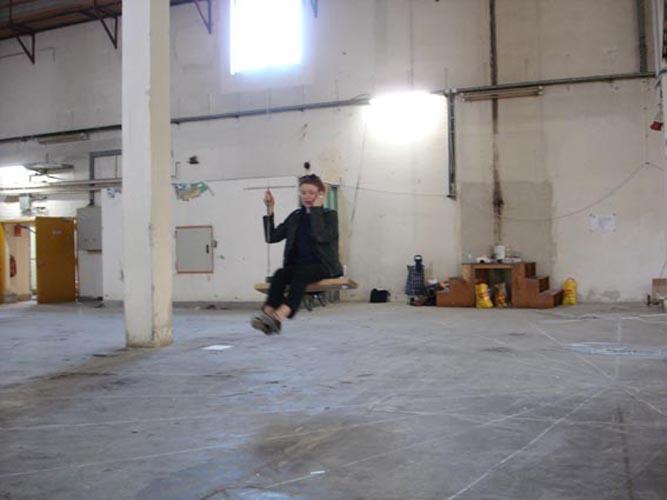 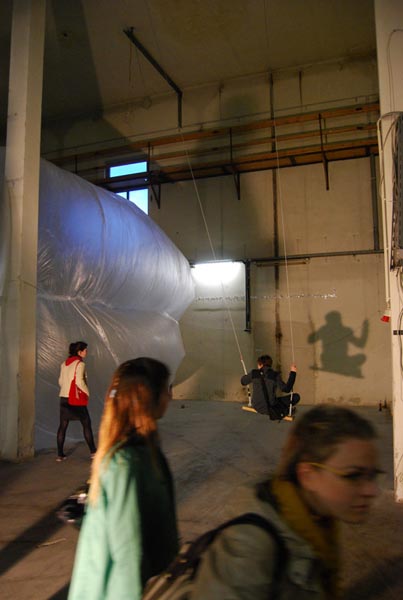 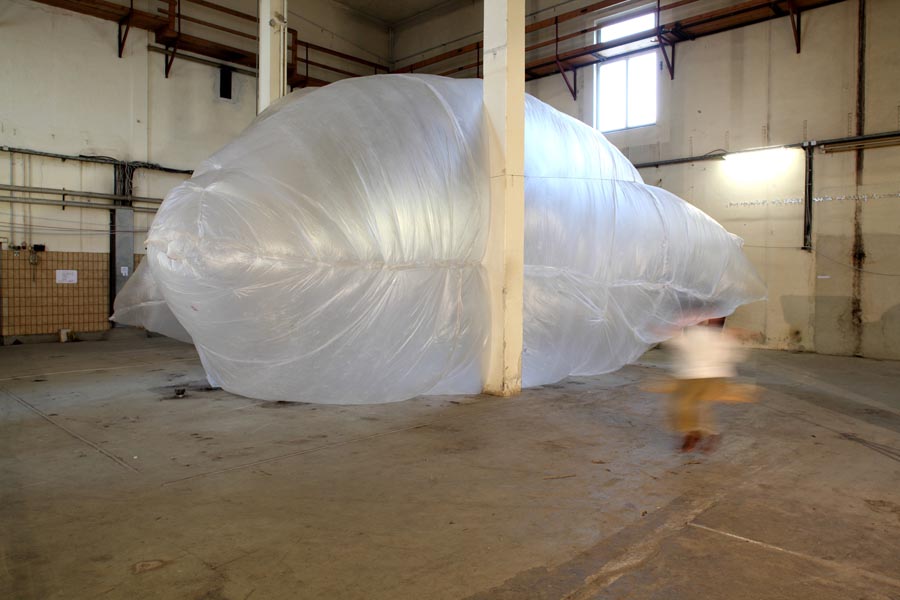 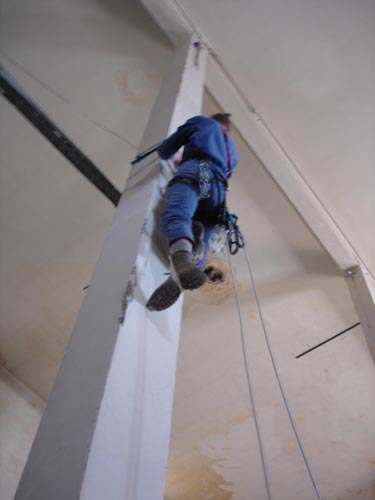 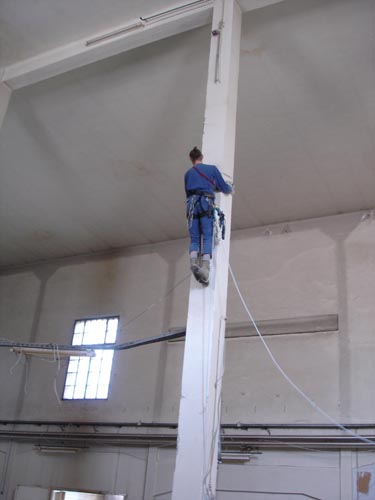 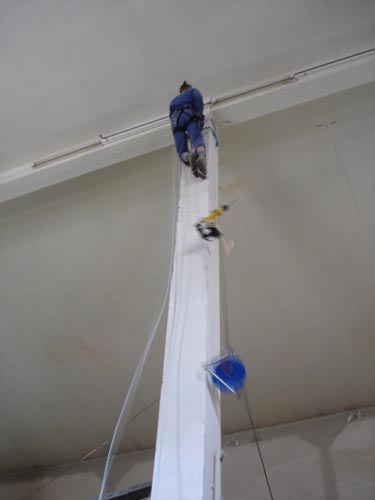 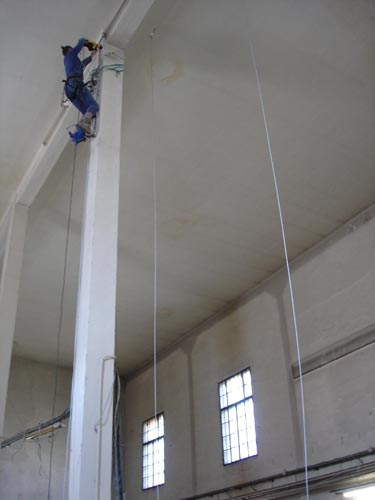 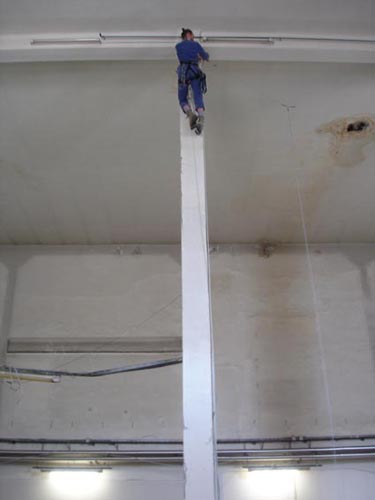 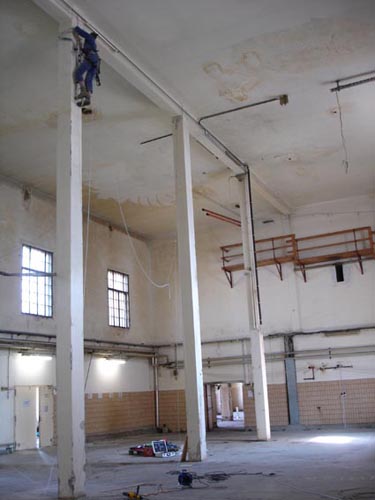 A huge swing 10m high was installed in a former industrial bakery, an allusion to Jean-Honoré Fragonard`s famous painting The Swing (1767). In the 20th century the venue was the site of several significant class conflicts. Following decades of the workers‘ struggle with abusive management I wanted the building to revert to a place of childish delight with a touch of decadence.

For the installation of the swing no ladder was used. A simple mountaineers knot (Ring-knot) allowed me to climb up the pillars using the friction of webbing slings. Up there anchor bolts were fixed in the concrete.

(„unORTnung“ is a series of projects and exhibitions initiated by Veronika Barnas and Andrea Maria Krenn (until nov 2008). It adapts various empty locations in Vienna and invites artists to create interdisciplinary projects on the spot and to present them to the public. The unused locations within the city – these non-places – are retaken and consciously adapted to be used as temporary alternatives to the established cultural szene.)