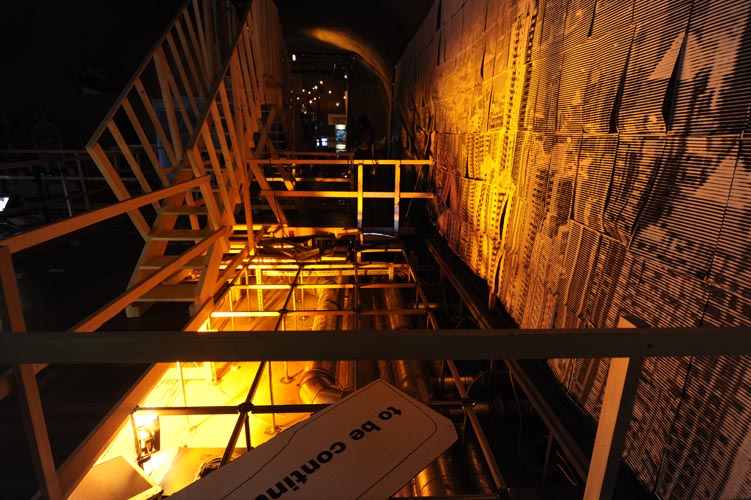 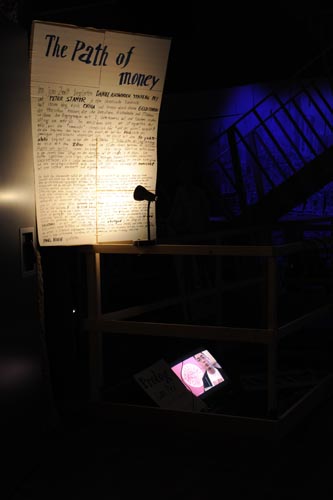 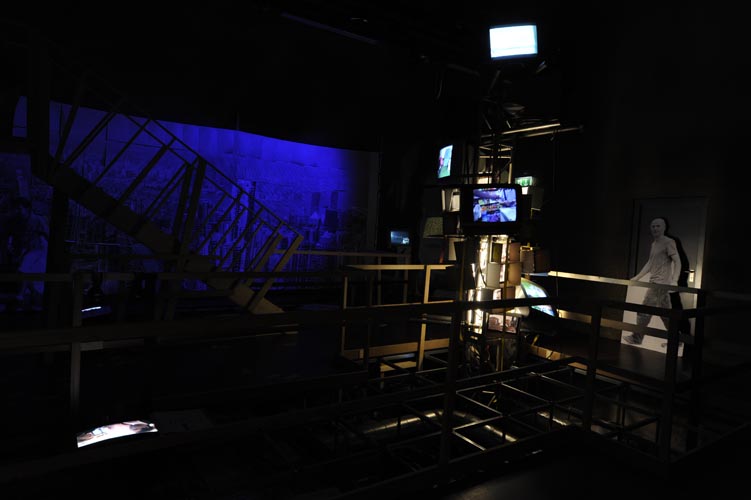 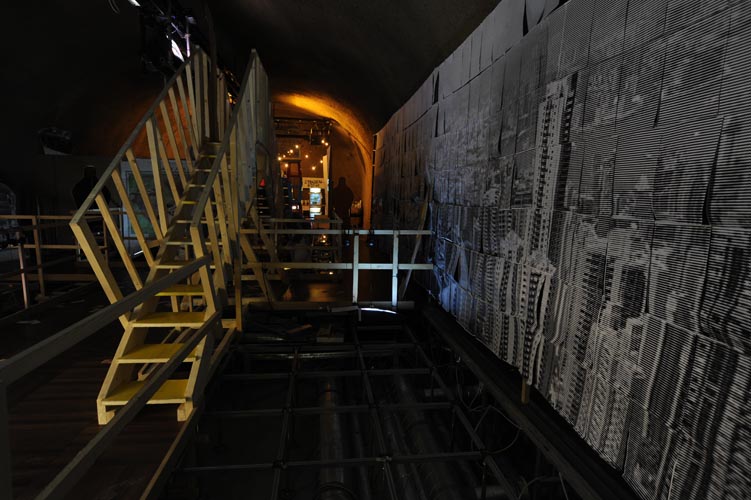 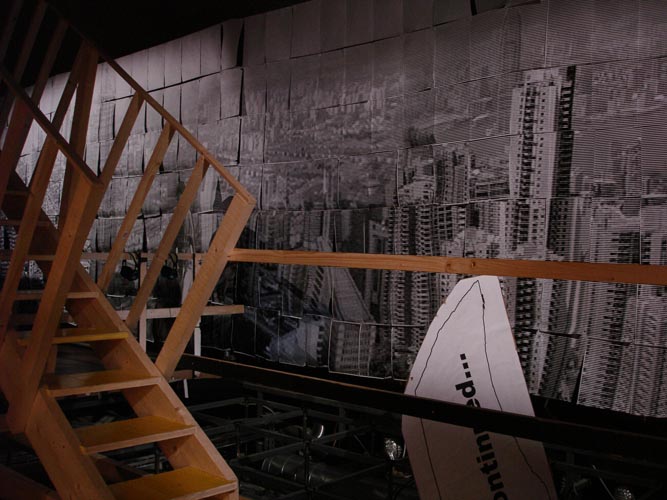 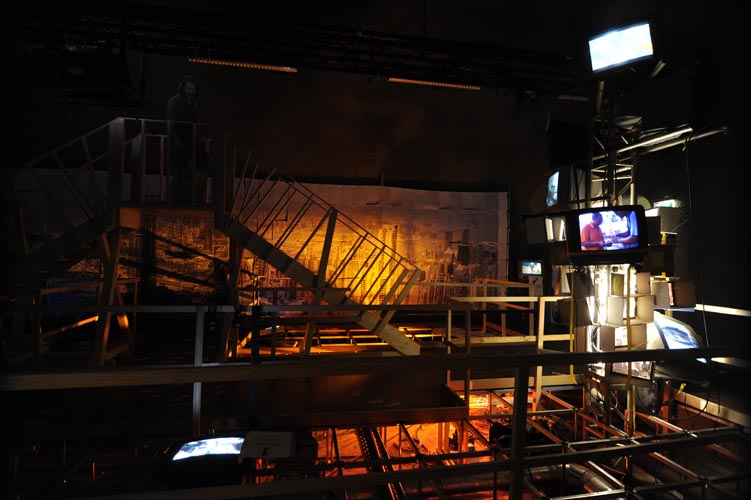 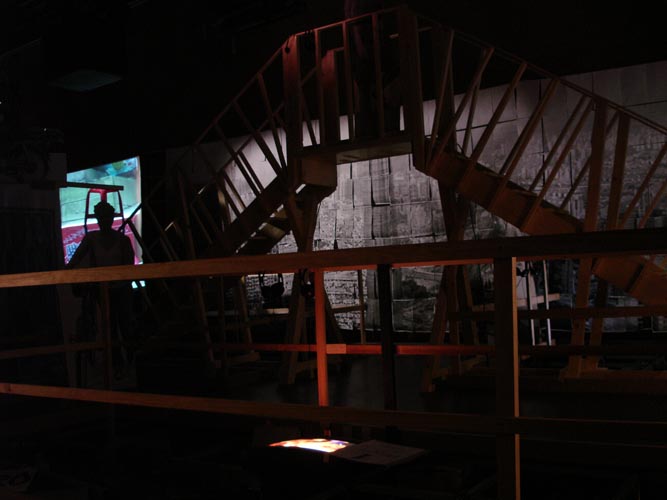 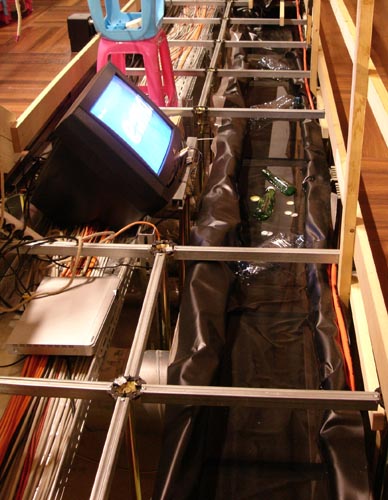 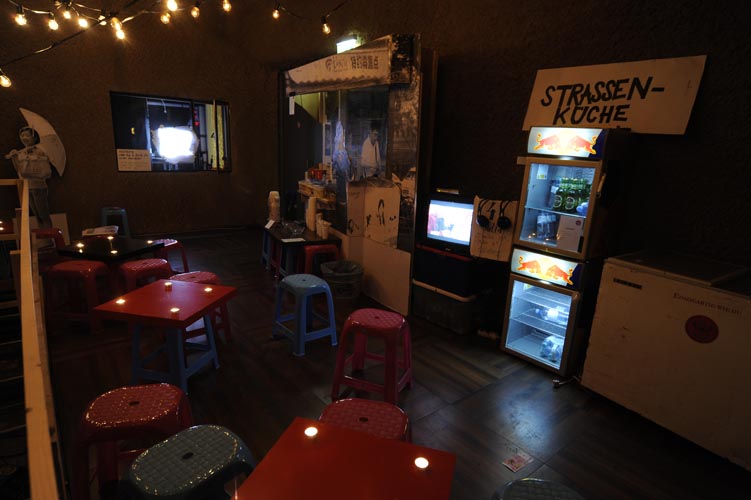 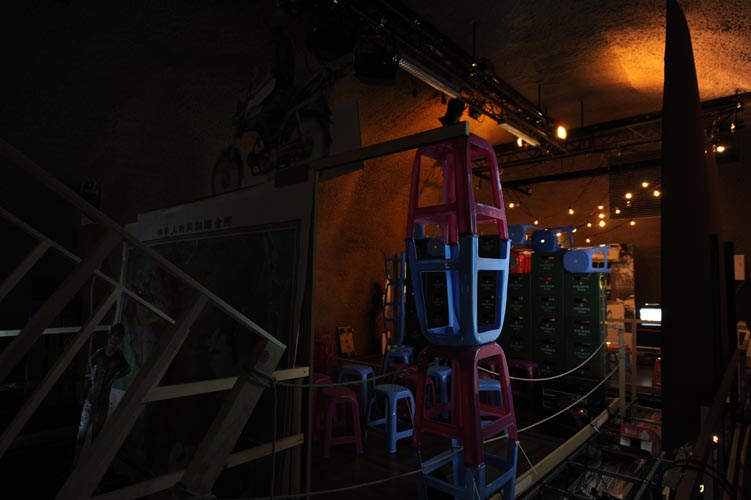 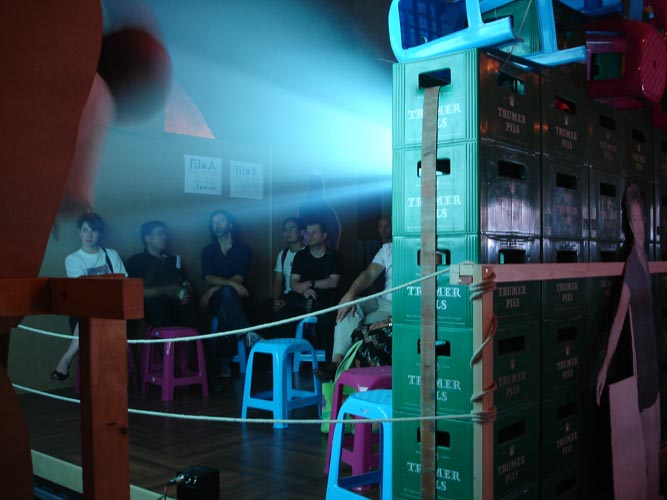 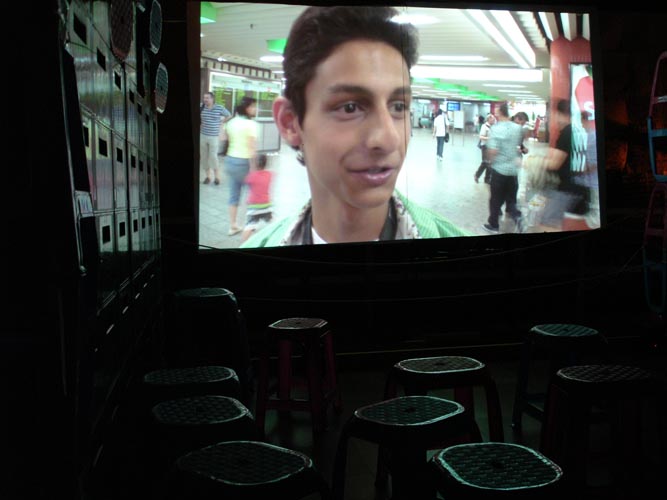 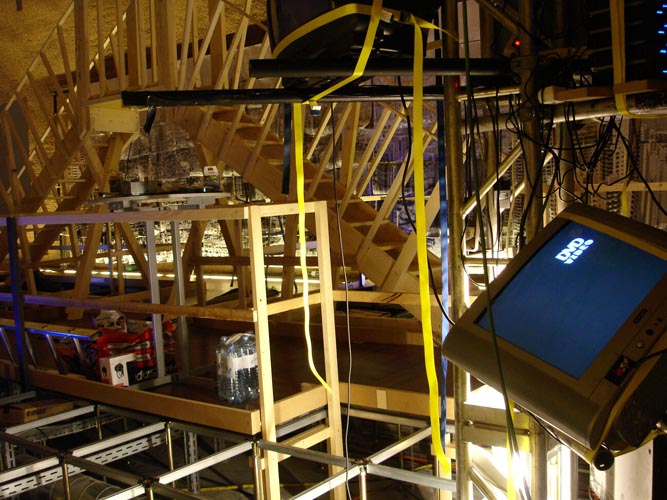 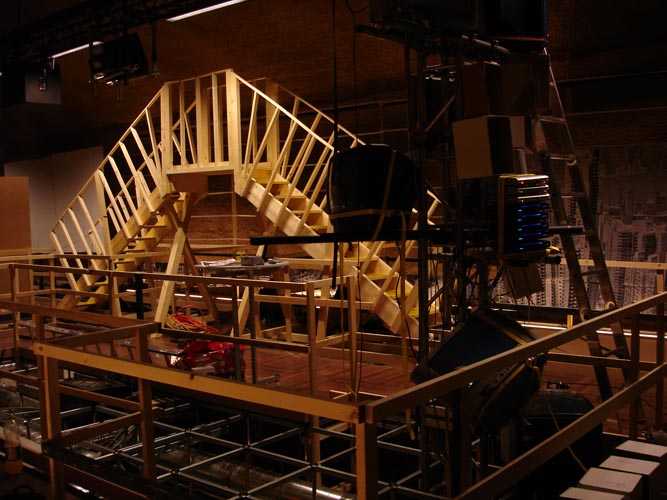 (…) In June 2009 Aschwanden and Stamer accompanied two Chinese banknotes on their way through China. They recorded their circulation and the encounters with their temporary holders. Following the path of the money from one hand to the other, they dipped into the every-day life of more than 40 people in contemporary China with all their hopes and fears.

The 3 (Aschwanden, Stamer and Yanfeng, the tanslater) continued their project in Salzburg in June 2010. They feed a marked 10 Euro note into the money circulating in Salzburg, and follow it on its way to the countryside and the people. Just as the two European performers could form their own view of China with the aid of the simultaneous translating skills of Yanfeng Pei, Aschwanden and Stamer now stood at the Chinese artist’s side on his voyage of discovery — as translators and documentary filmmakers. The footage of impressions made in and the images shot of China and Austria was presented in an installation by the artist Paul Horn in the caverns from 9 July.(…)

The set was orientated on key impressions of Chinese daily life: traffic smog, the art of improvisation, public lunch taking etc. The wooden panels of the floor were opened up to show the supporting construction underneath with all the cables, the pipes for the heating system etc. A river ran through the whole set, a miniature version of the main Chinese river Yangtse Kiang. A small path was built on the construction leading through different stations for perusal: a skyscraper showing different views into apartments, a wooden bridge, a street kitchen, an open-air cinema, a huge map, a large prospect of Shanghai etc. The light slowly changes in a loop from sunrise to noon to a red sunset.