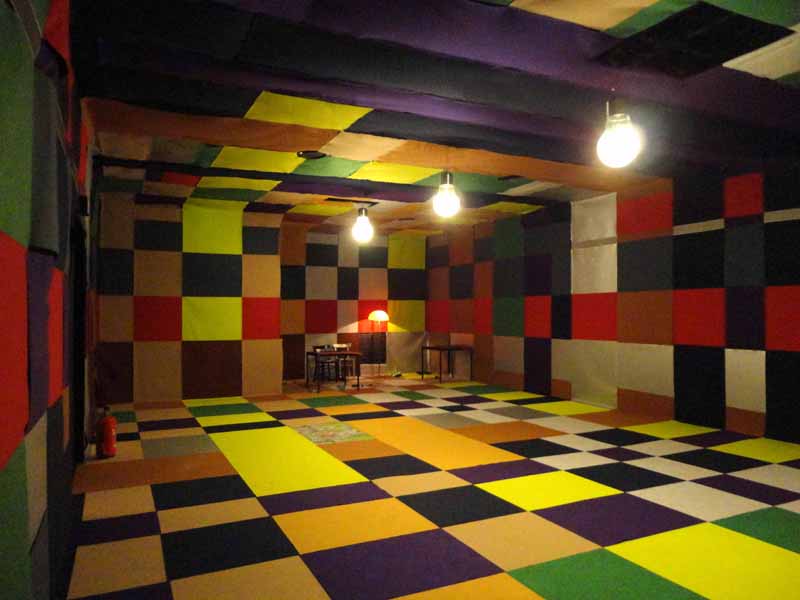 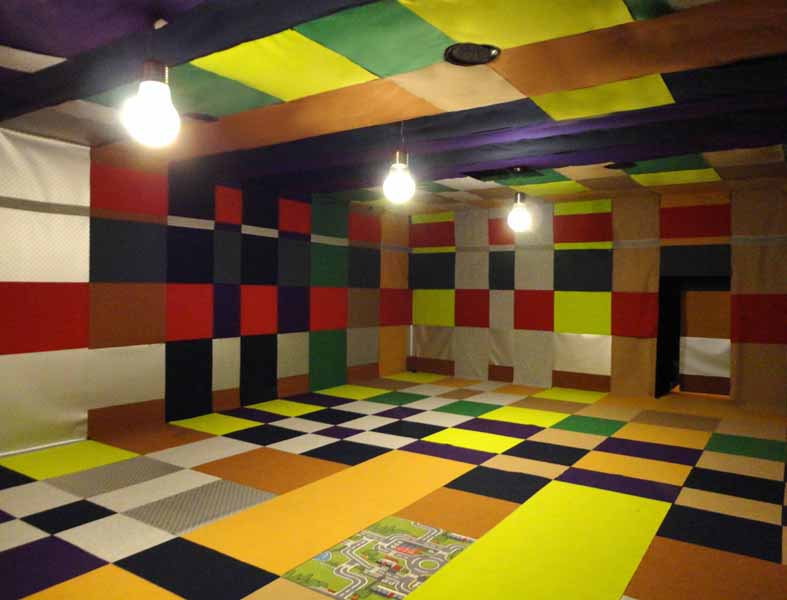 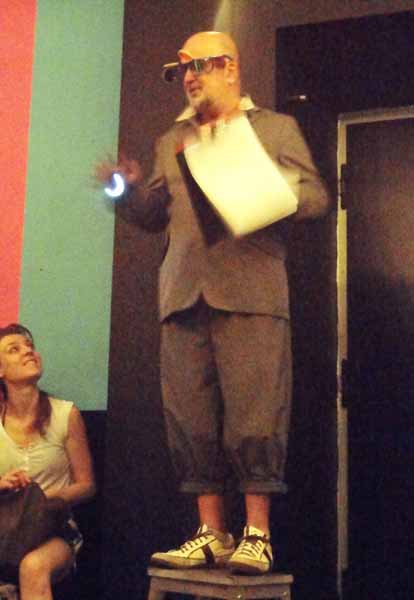 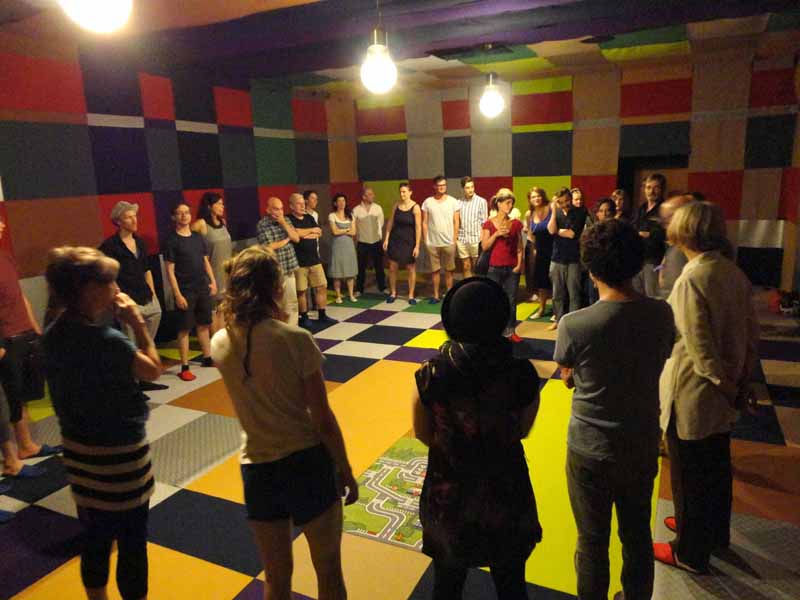 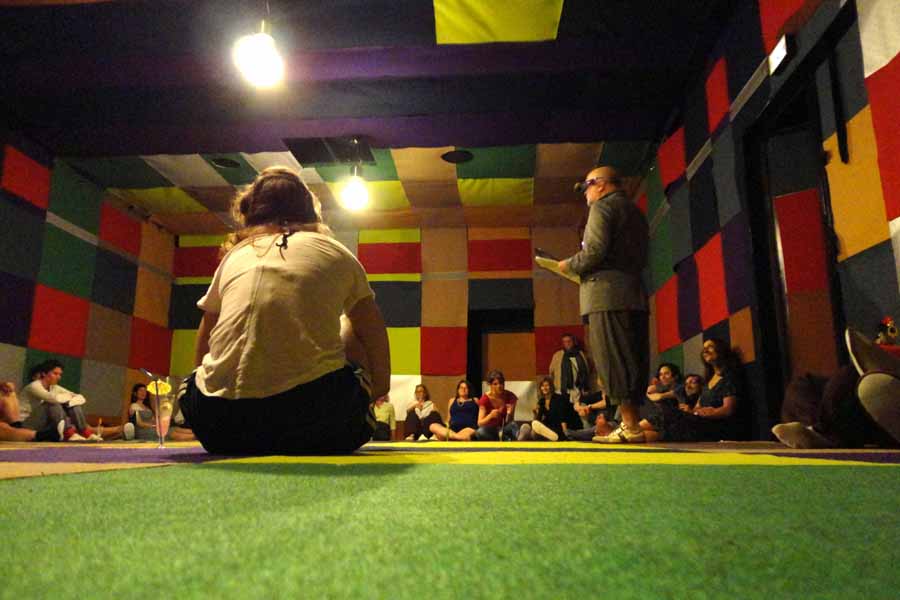 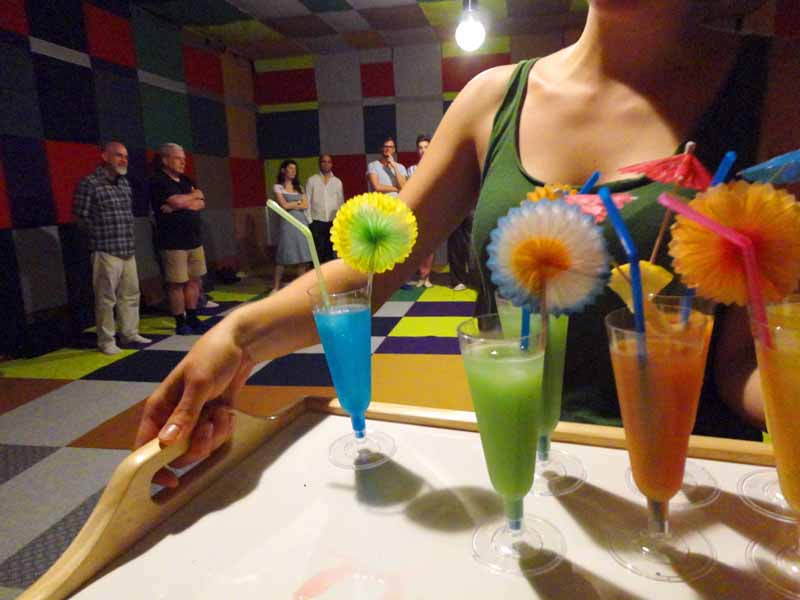 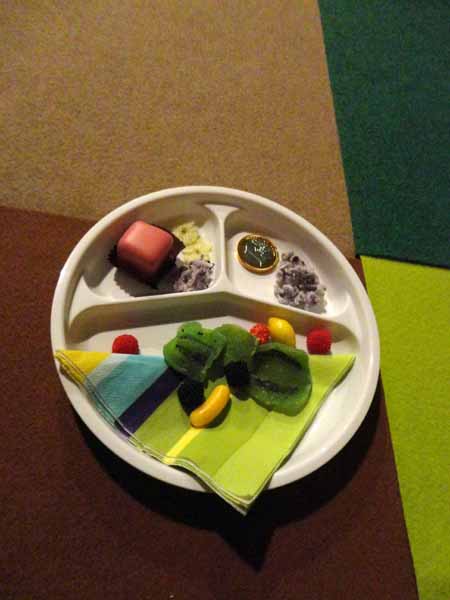 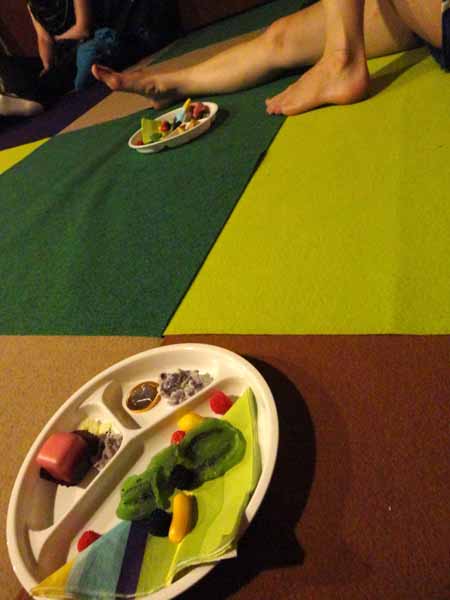 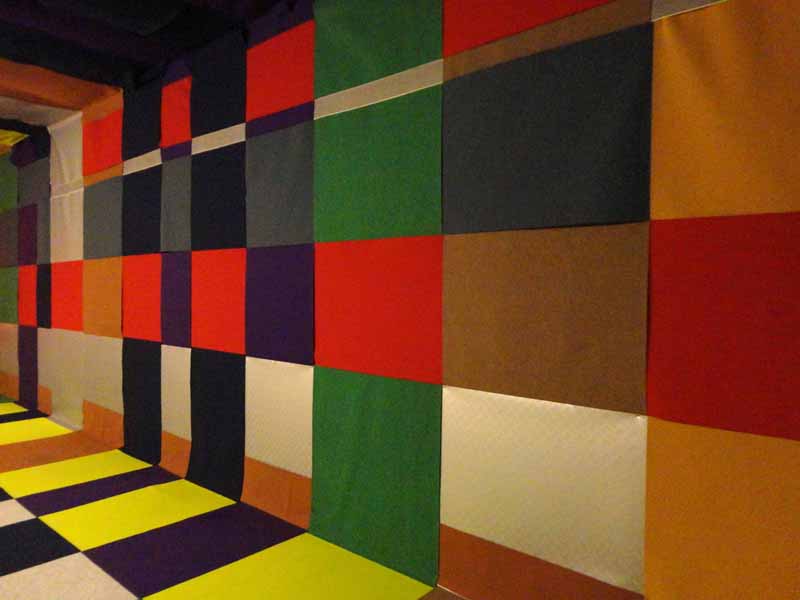 Carpets of different width and color were woven into a braid. The set makes the audience feel like they were inside a box or a wicker basket.

(from the programme booklet:)

the history of the world in 7 days

How did this happen, and why? Across seven evenings, Yosi Wanunu leads us alongthe path our world has taken and interweaves societal – religious, political, cultural – and natural aspects into a history of worlds. The tour begins about 100,000 years ago when Homo sapiens were at about the same level as fireflies and seahorses. This leads to the emergence of language and thus the independence of history from biology, continues with the agricultural revolution, the transition from nomadic to sedentistic lifestyles and the emergence of trade, cultures, ideas of unity, of ‘we’ and ‘others’. The colonisation of the world by the Europeans and the creation of global markets, the industrial revolution and the idea of added value as the basis of capitalism as well as the massive societal upheavals of the previous centuries lead us to questions about what we refer to as future. The audience of toxic dreams’ The History of the World in 7 Days takes on the role of Homo politicus who can intervene, represent, analyse and revise. Each evening is a collective work during which, together with Yosi Wanunu, history is actively experienced, both entertaining and poignantly trenchant.

further infos:
> The History in 7 Days