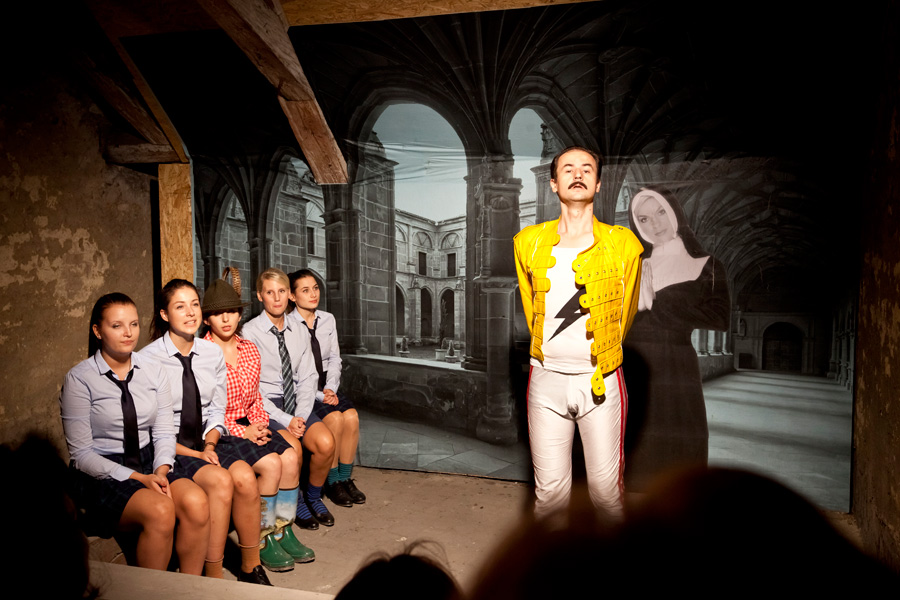 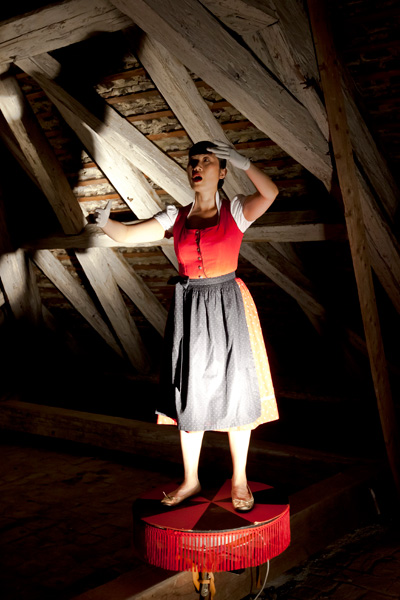 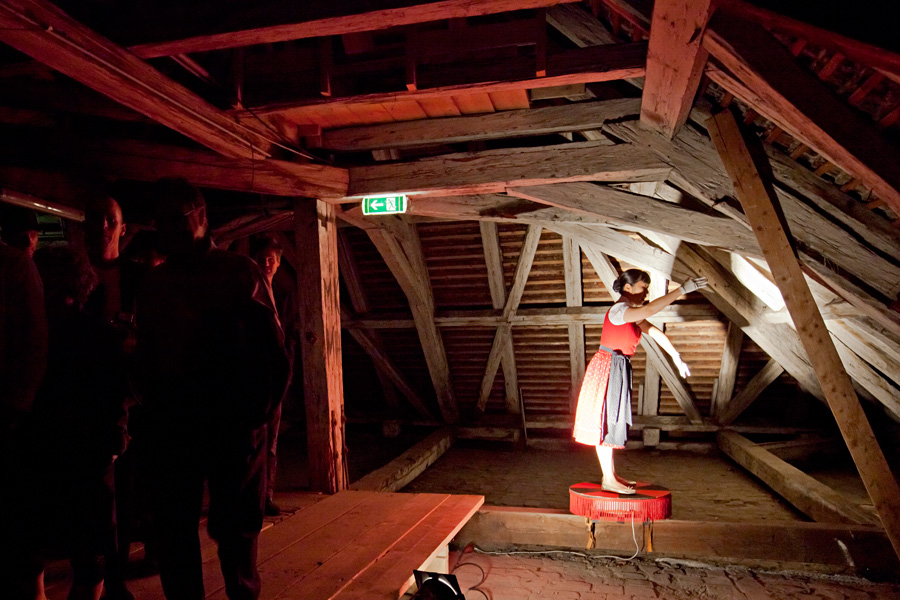 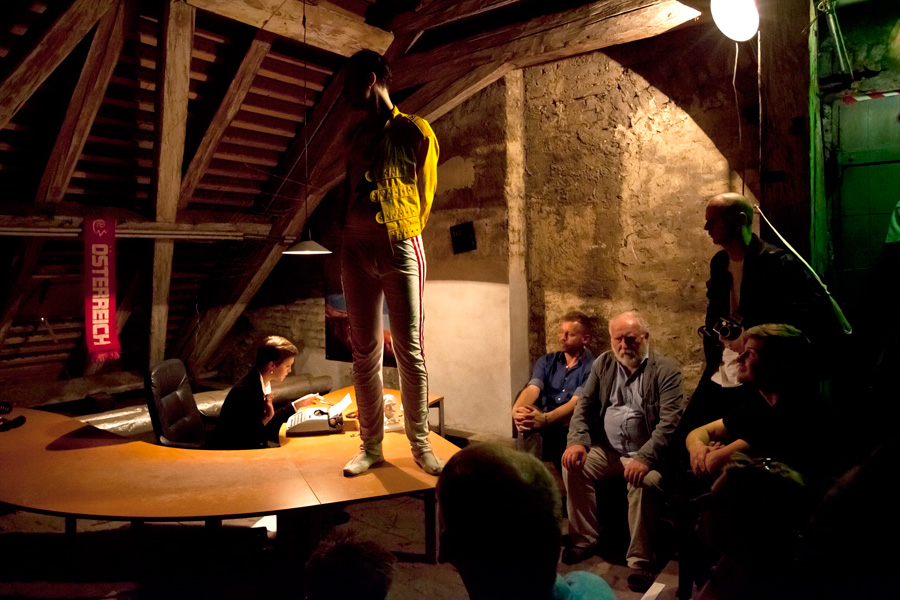 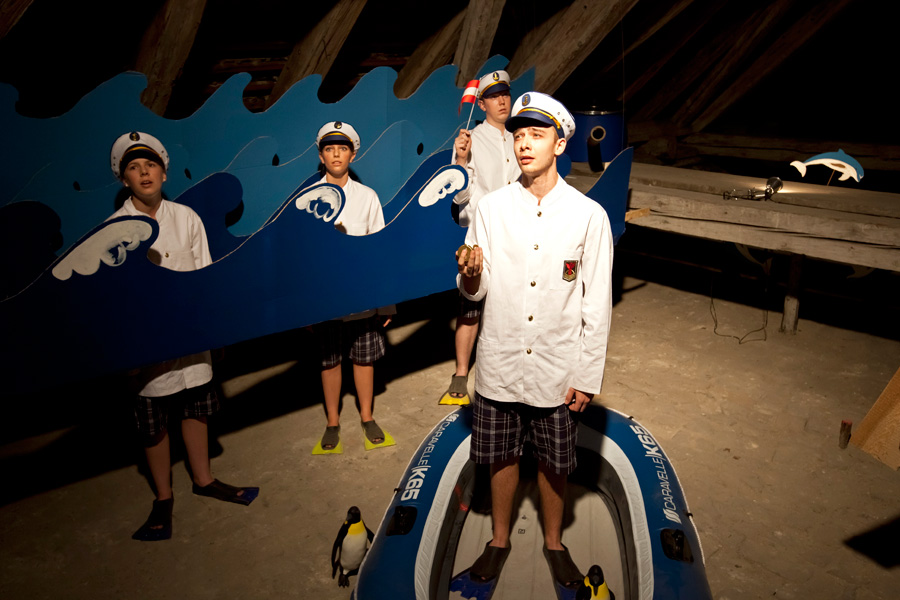 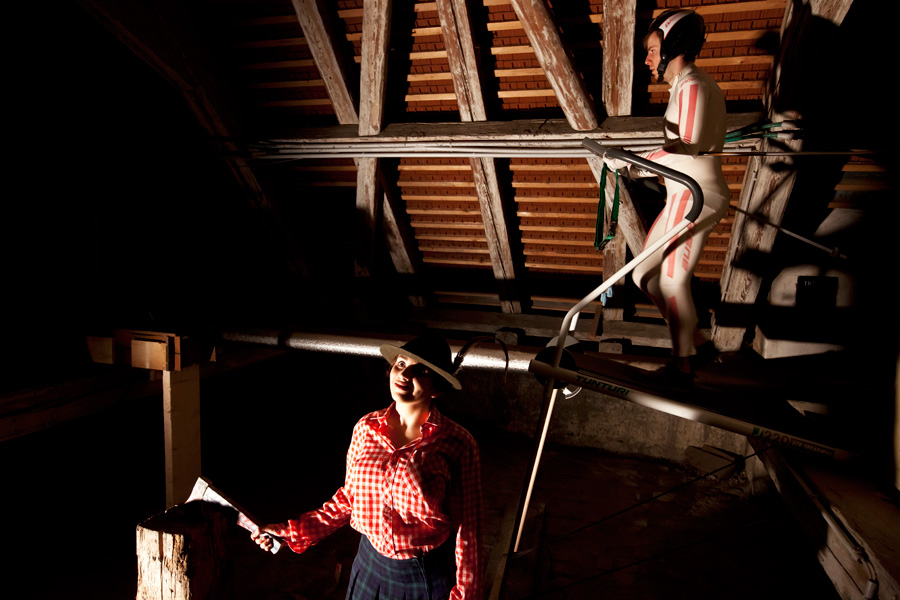 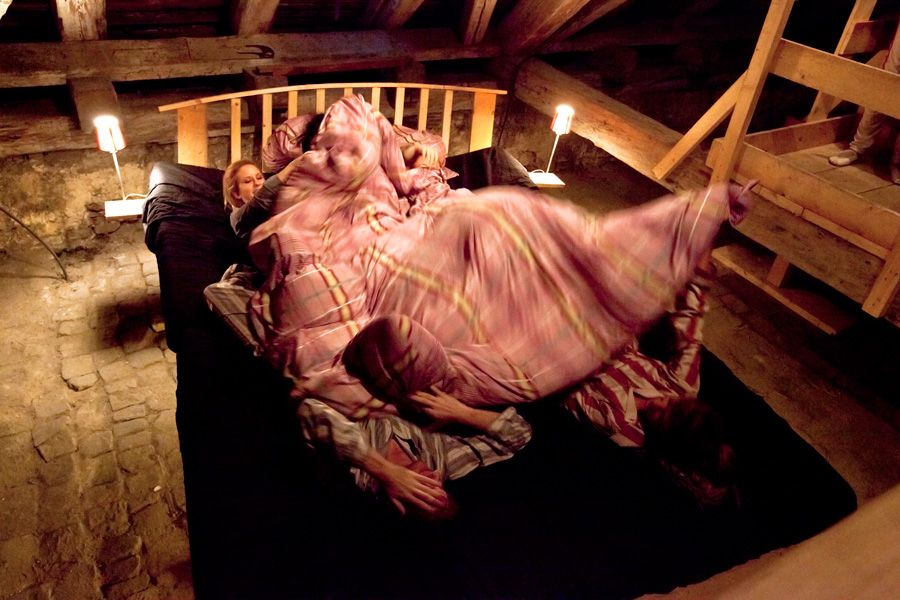 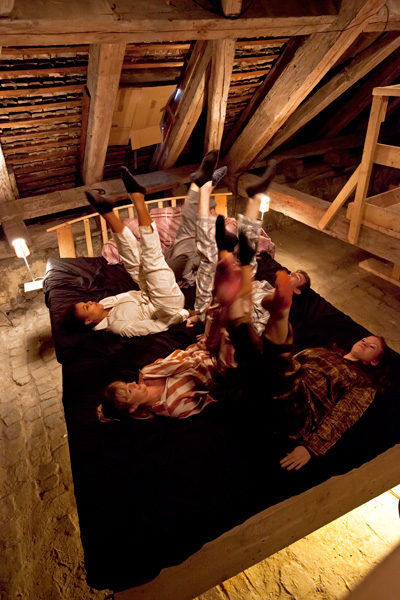 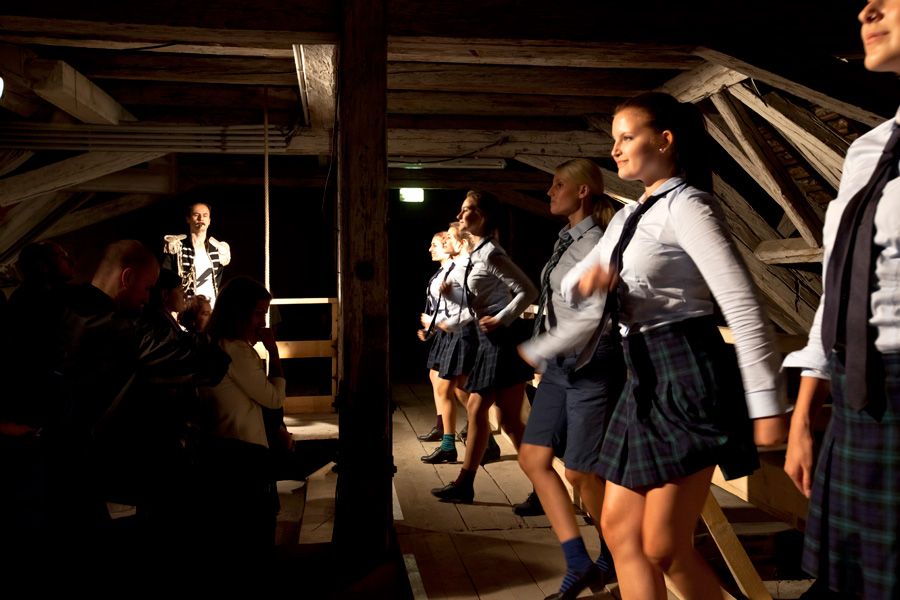 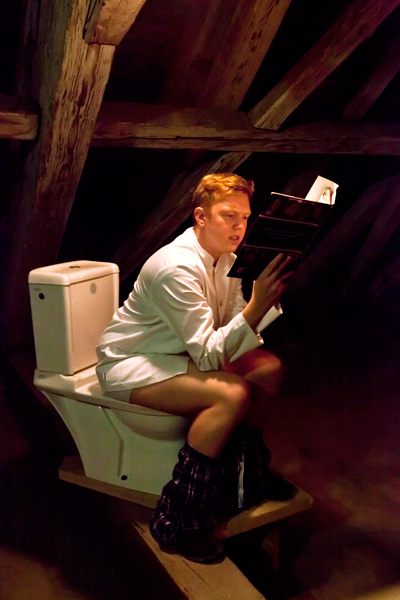 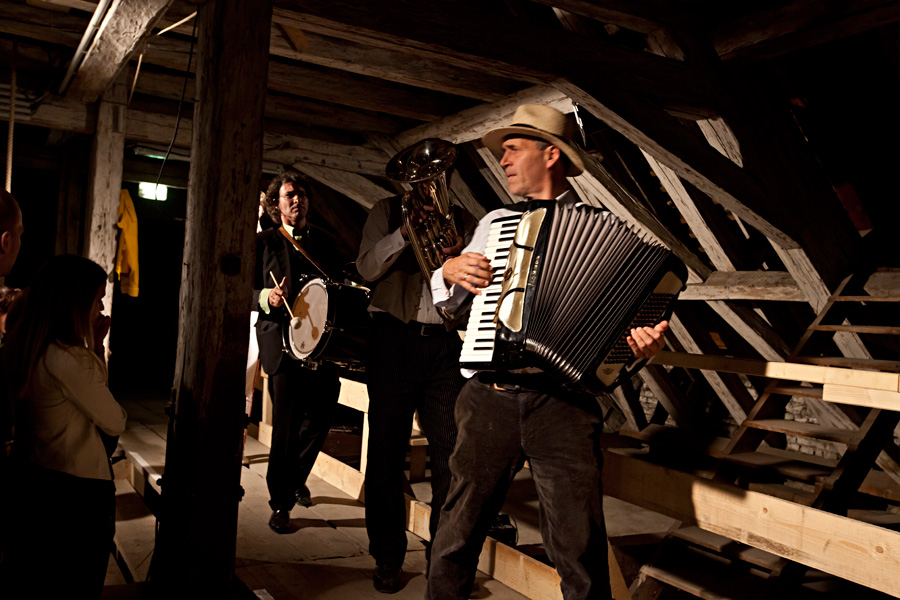 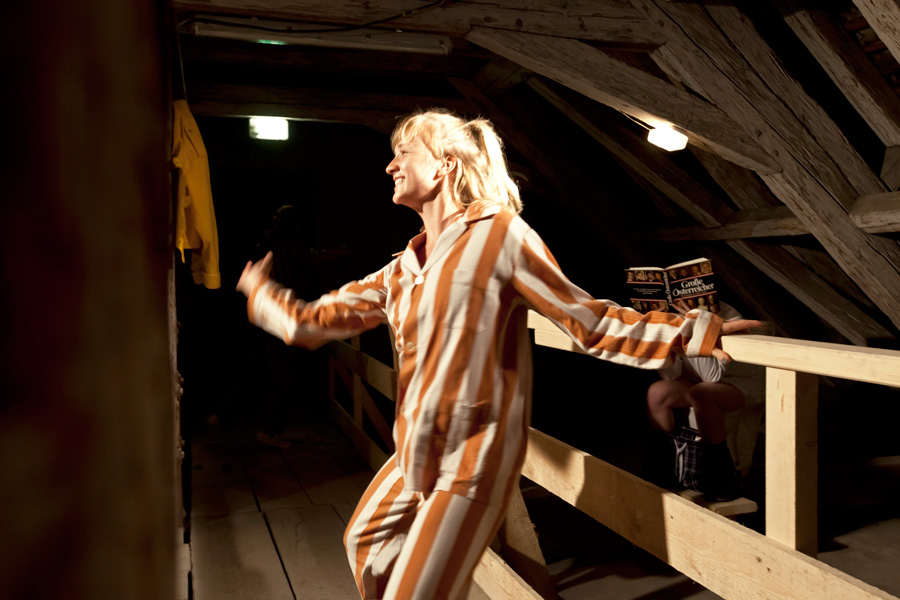 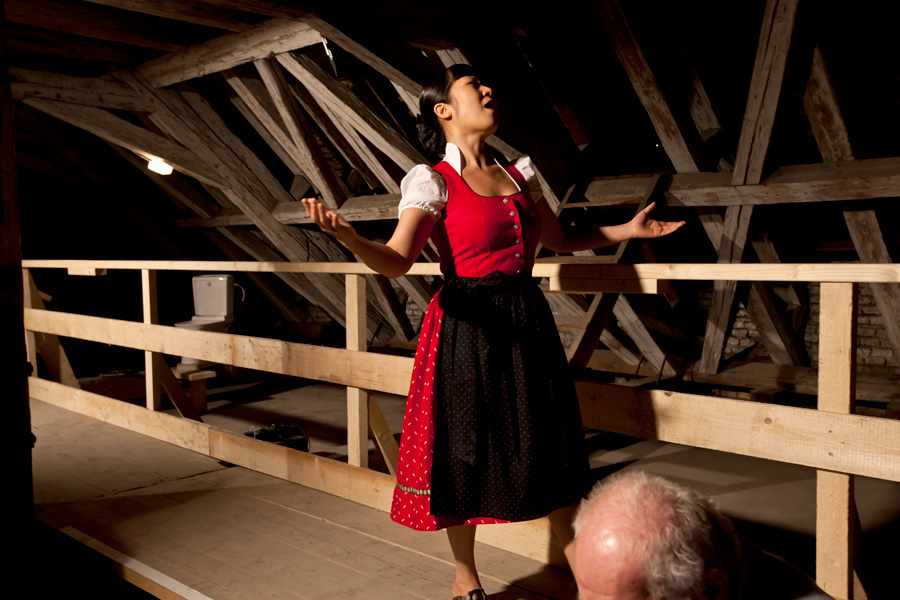 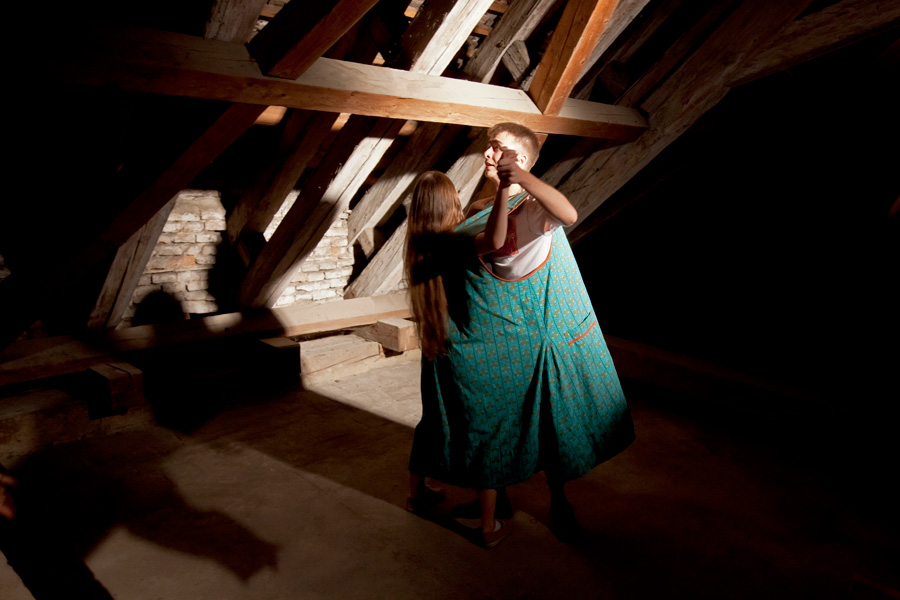 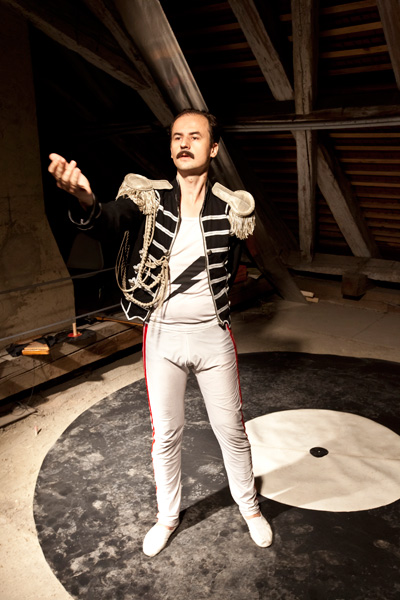 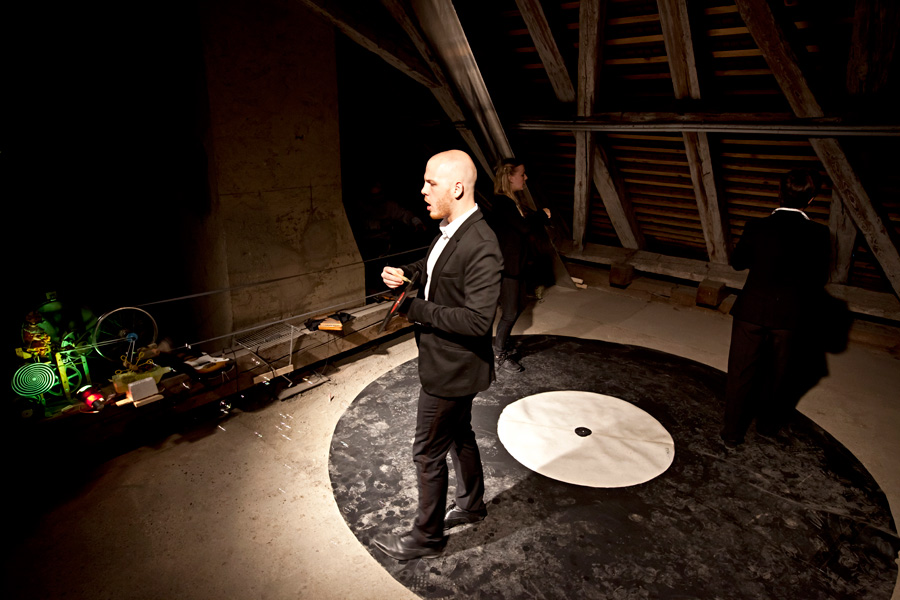 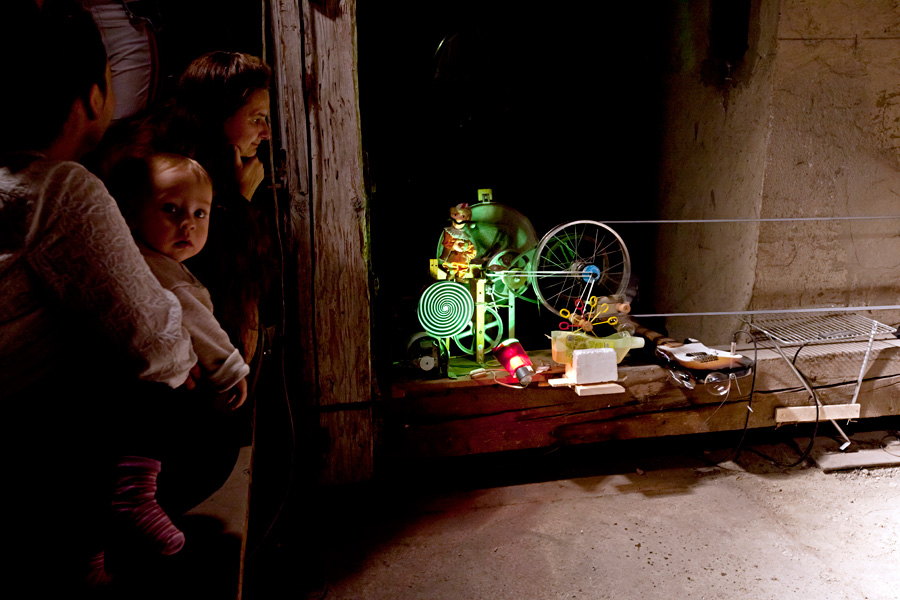 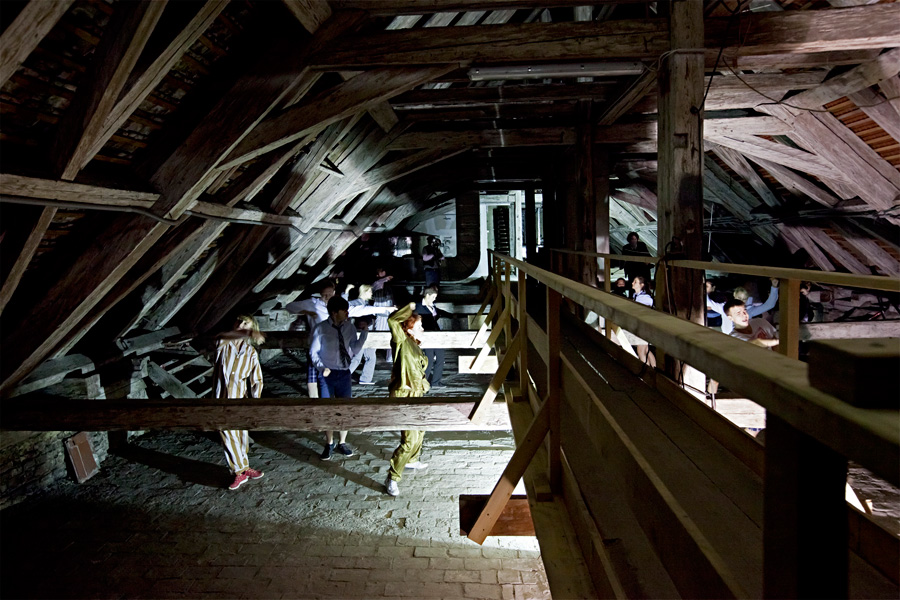 2014 THE MAKING OF ÖSTERREICH

set design for The Making of Österreich.
A Revue through the baroque attic in MQ attic (MQW, Vienna/A)

(from the programme booklet:)

In the postwar year’s Austria’s image was strongly influenced by the American film musical “The Sound of Music” (after 1959). But inside the country itself the heart-warming song-and-exile story of the Trapp family largely remained unknown.

As part of a broadly based national branding campaign for Austria, externally constructed clichés are finally meant to be accepted internally as well. The “reconciliation” will take place in the form of a musical revue through the long chain of interconnected attics in the baroque wing of the MQ.

A coproduction of the MuseumsQuartier Wien with Dschungel Wien, Kunsthalle Wien, toxic dreams, Tanzquartier Wien, and Performing Center Austria as part of the MQ Summer of Sounds.