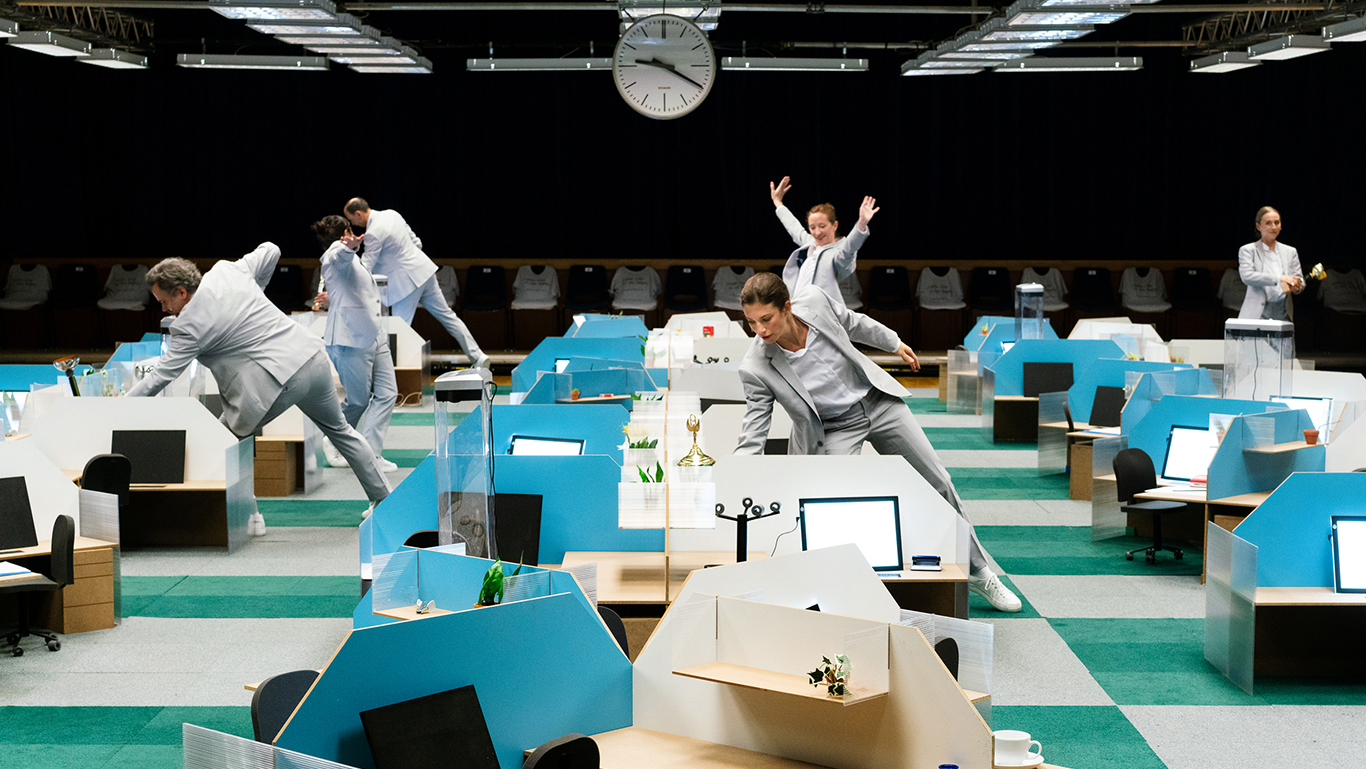 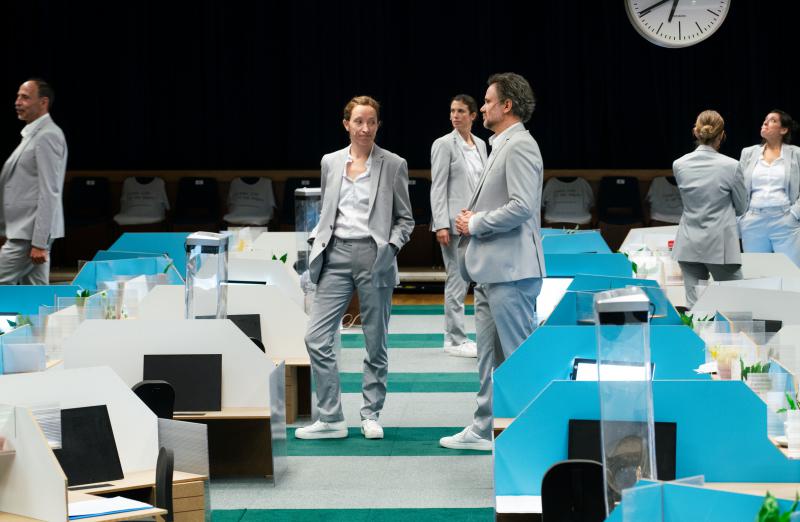 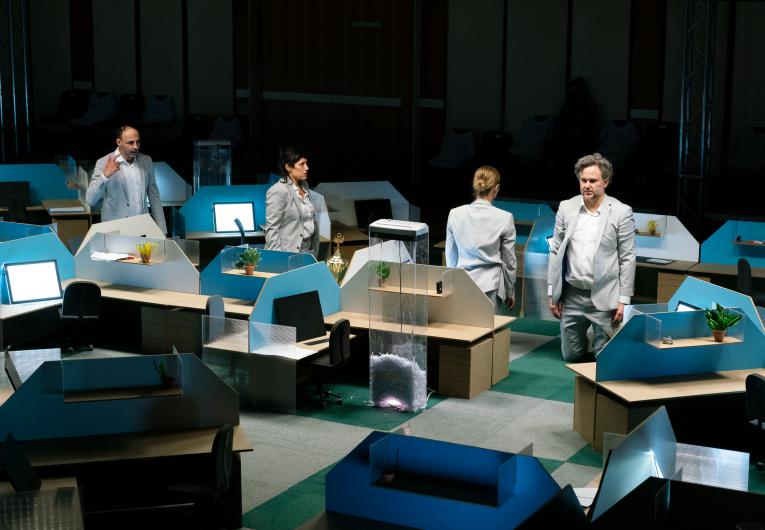 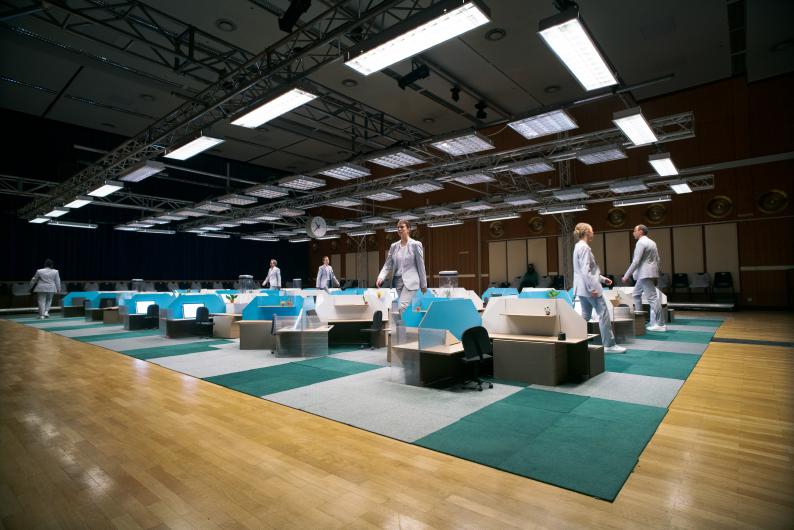 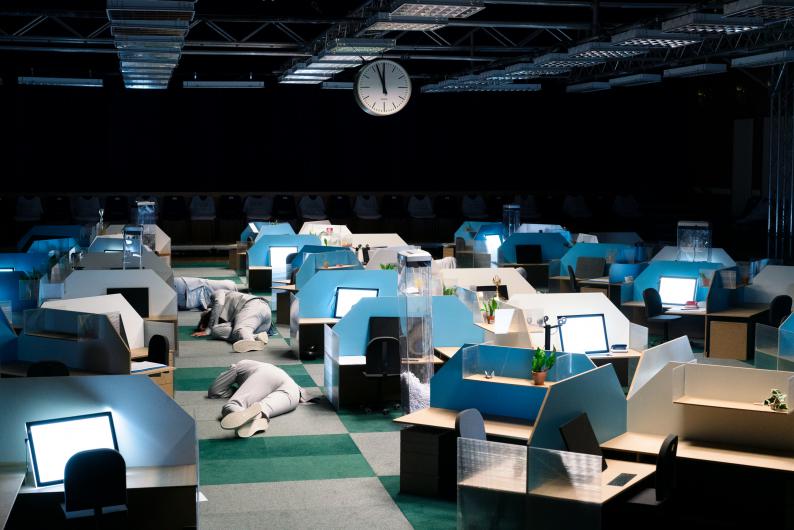 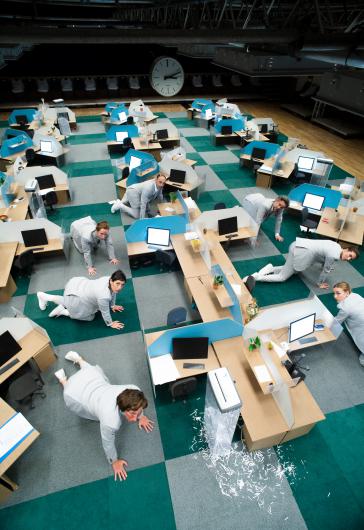 2021 THE ART OF ASKING YOUR BOSS FOR A RAISE

set design for THE ART OF ASKING YOUR BOSS FOR A RAISE, at the brut Theater (Vienna/A), directed by Yosi Wanunu

The Art of Asking Your Boss for a Raise is based on the identically named novel by Georges Perec. Pessimistic yet lovable, funny and always entertaining, Perec takes a pervasive look at the world of office work, no less accuratet today than in 1968, when the story was written. The author extracted six allegorical characters from the employee’s inner voices, which director Yosi Wanunu now sends through an absurd and tragicomic choreography of aimlessness and timelessness, in which they move from one crazy and surprising scenario to the next. Stage and sound design also allow the audience to immerse deep into the absurd cosmos of an open-plan office, from the screeching scanner to the rattling shredder.

A co-production by toxic dreams and brut Wien.

With the kind support of the City of Vienna’s Department of Cultural Affairs and the Federal Ministry of Arts, Culture, Civil Service and Sport.