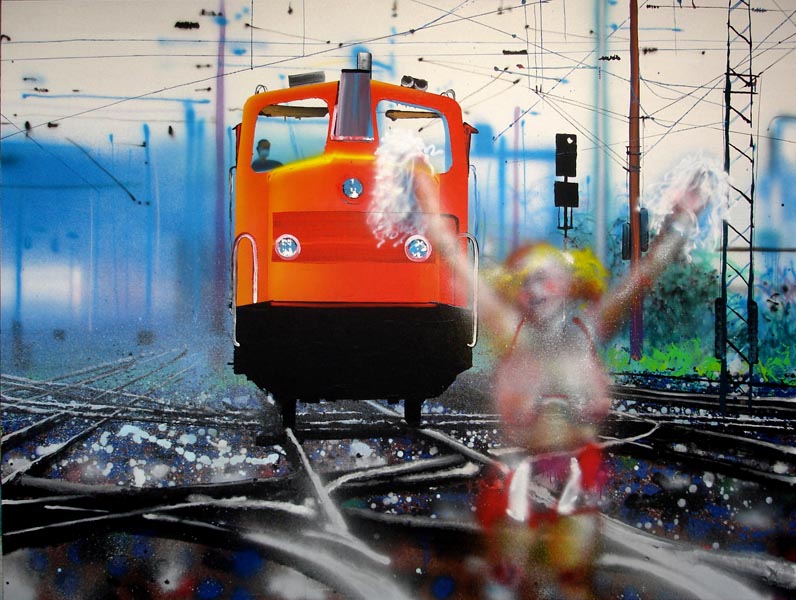 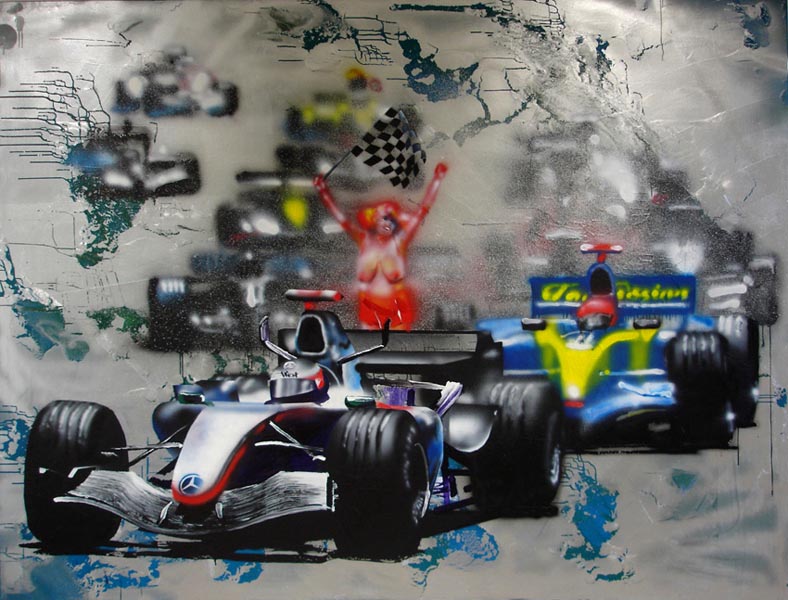 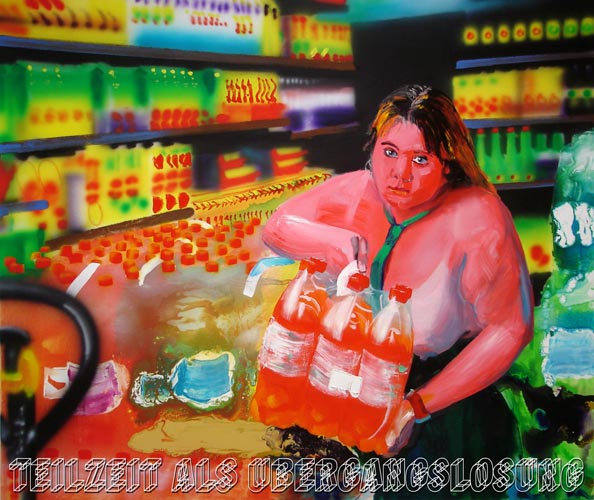 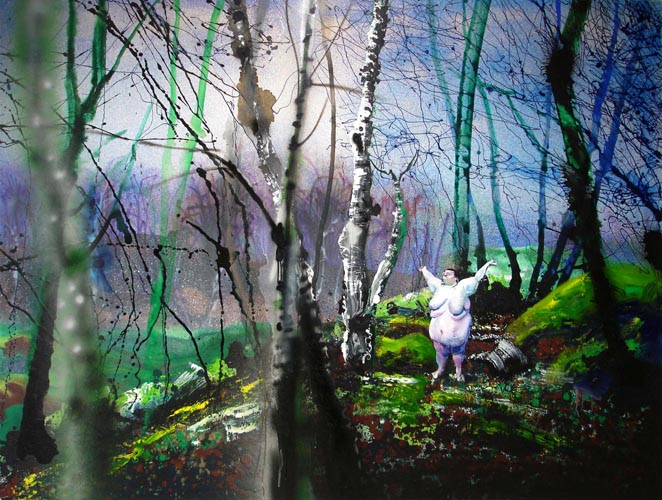 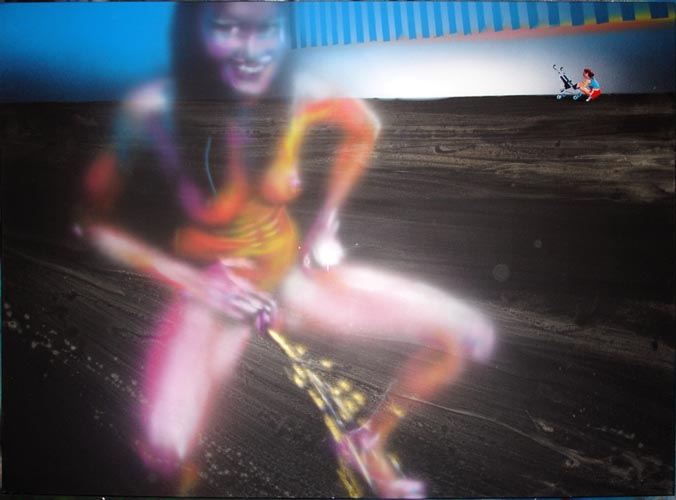 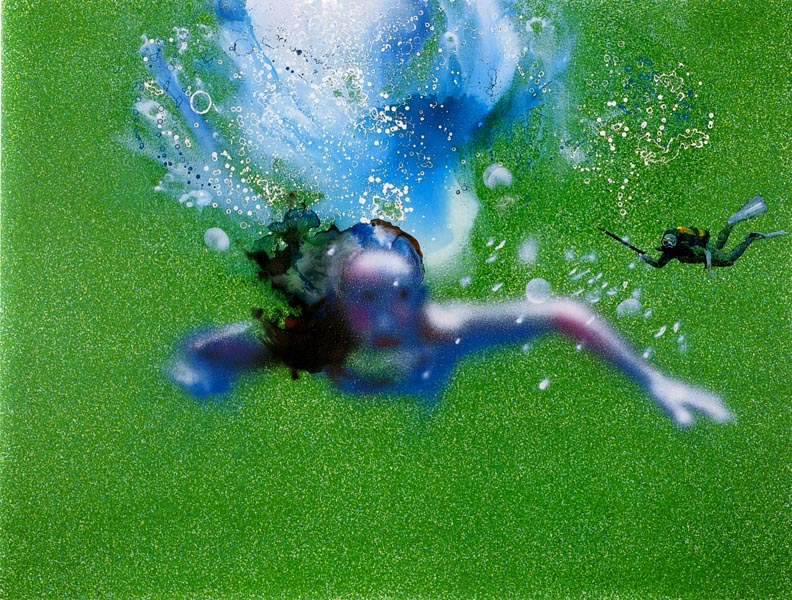 Since 2006 I have been painting pictures of women in surroundings and under circumstances where their physical strength comes to the fore: in the cold, underwater, private life.

Often women are presented in a context of personal beauty, elegance, or as fragile beings in need of protection, but rarely as strong and autonomous. I was interested in this gap of representation in painting, so I searched for such images online, also showing them in a natural or private manner rather than in a struggle with their physicality, their body shape or look. Occasionally I found images showing women of different ages with an infant’s lack of shame. Curiously, in the Western world images of nudity appear to exist primarily in a context of pornography. Rather than ‚depicting reality‘, the paintings are part of an engagement with specific interests and tend to convey projections rather than impressions.