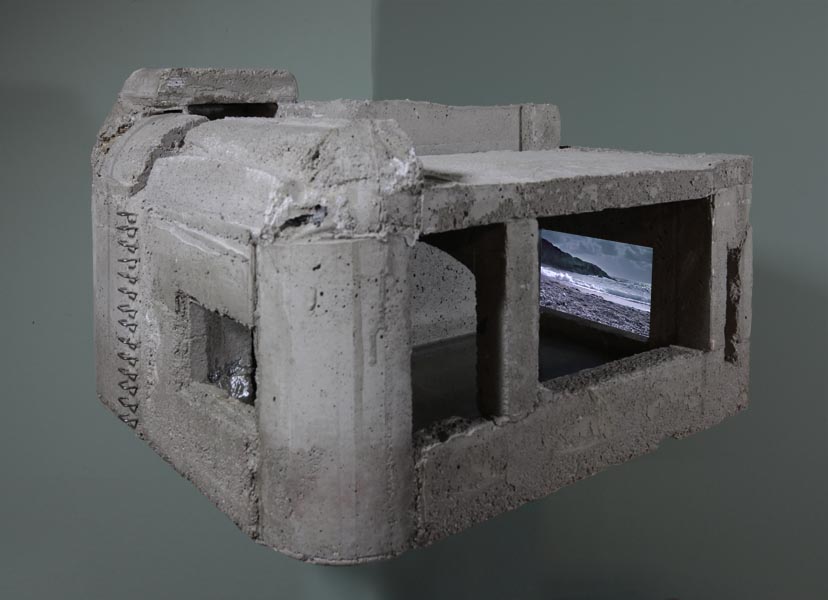 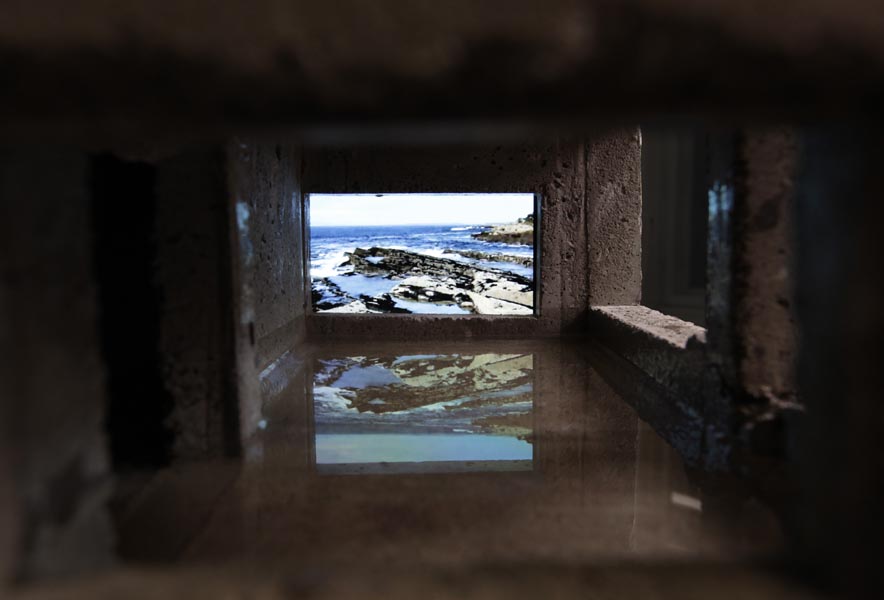 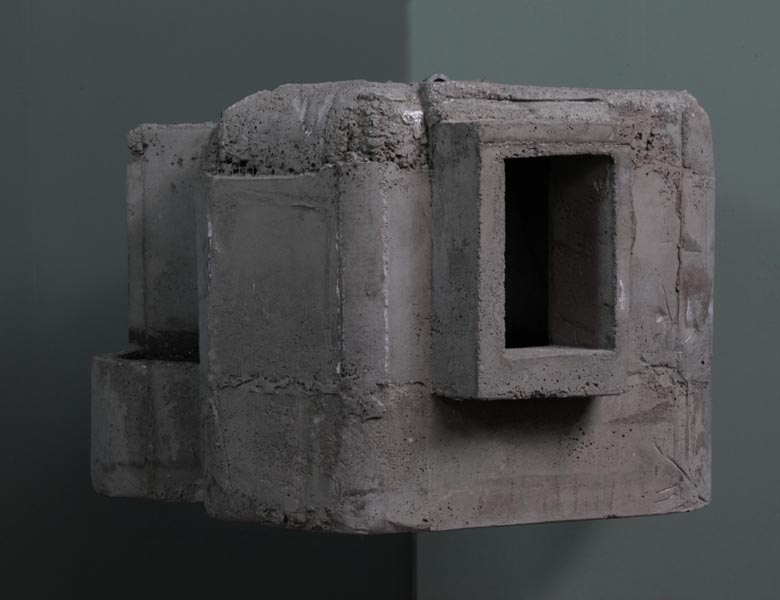 These model bunkers made of armoured concrete are using historical forms of infamous bunkers like Hitlers „Wolfsschanze“ or of bunkers the Allies were facing at the end of WorldWar II, when they landed on the shores of Normandy. Beeing part of the „pulpit“-series they are fixed on wall edges. Inside you see videos or hear the words of famous historical speeches.

1
the Atlantic of Normandy (video)
Sir Winston Churchill The Battle of Britain (sound)
2
Congressman Ron Pauls What If-Speech at the US House of Representatives (2.12.2009)
3
Adolf Hitler talks about the Jews