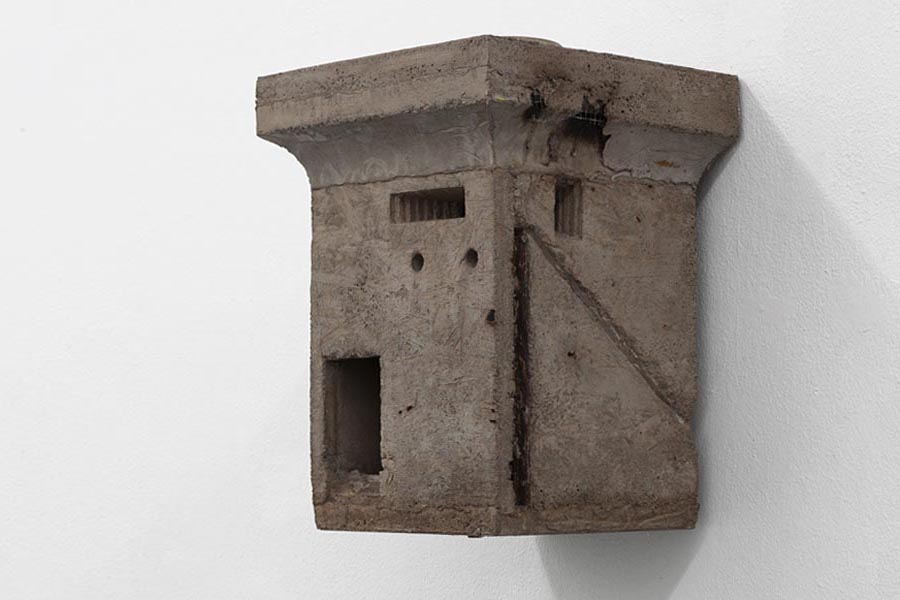 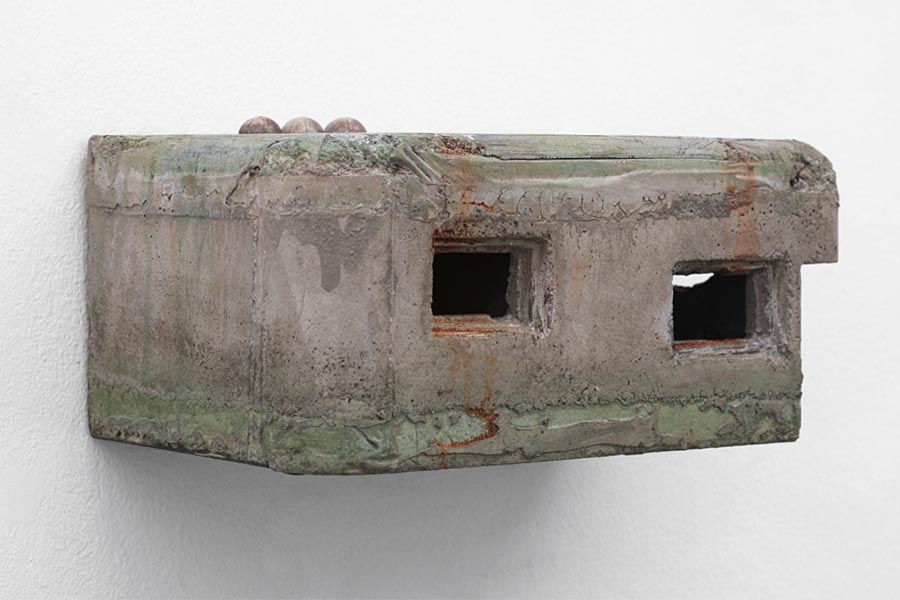 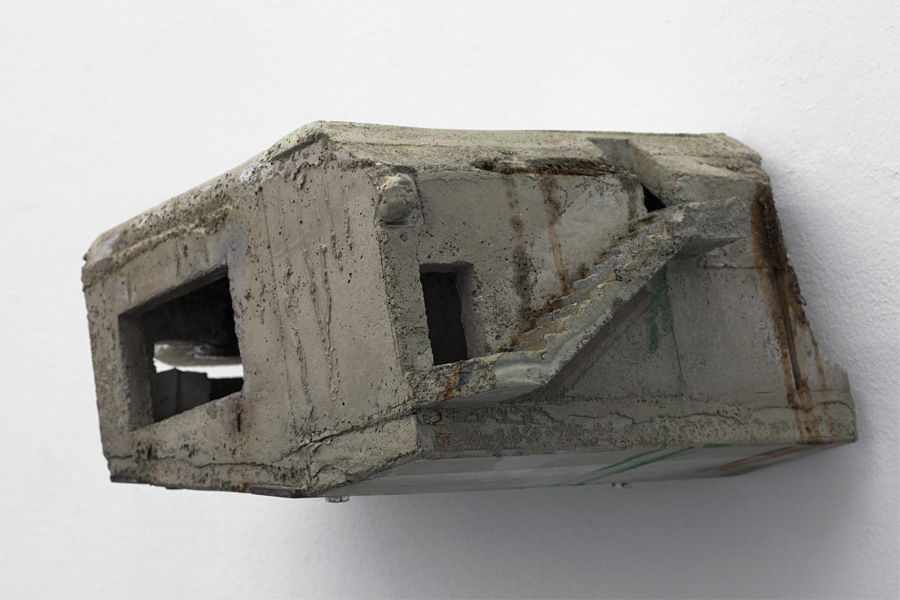 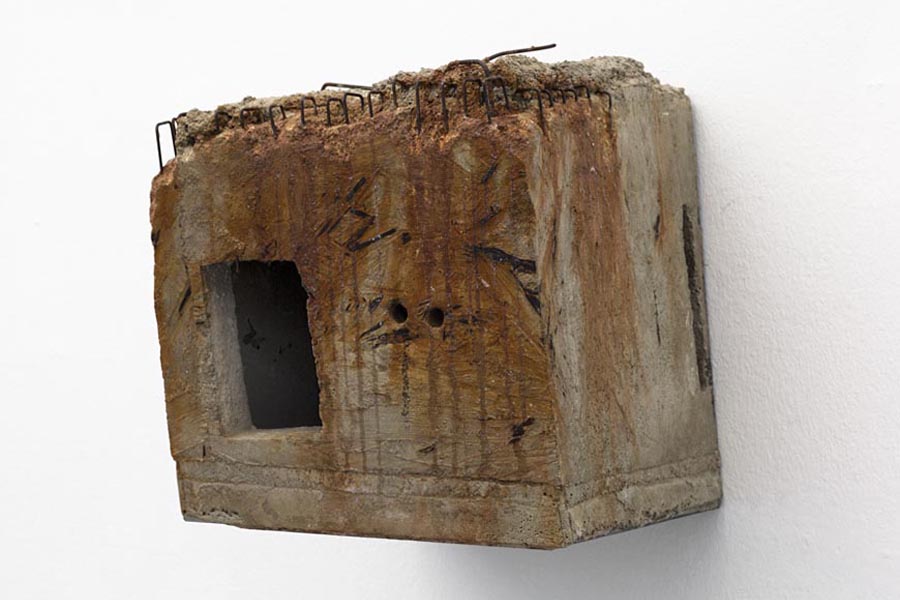 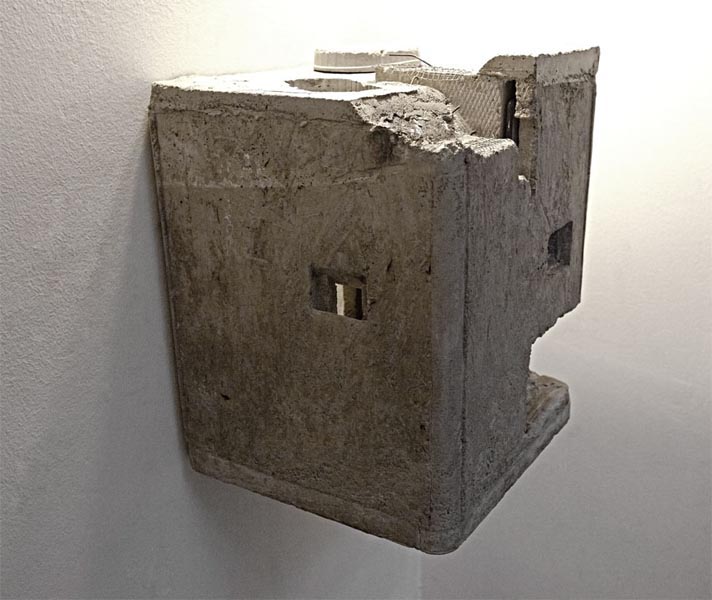 Objects of the solo show ZUWENIG L I E B E FÜRALLE 2013 at the KnollGalerieWien (A) and the Viennafair 2013
photos: Sandra Fockenberger

The exhibition „too little love for all“ shows different types of bunkers which I modified and poured in concrete in the size of a die. In the seemingly inanimate and cold objects screens are integrated which play different speeches or talks.

The bunker demonstrates an architecture which tags the outward and the foreign as threatening. Simultaneously they resemble modernistic buildings due to the pourable material concrete. Within the bunker objects we see videos which deal with the ritual and practice of the spoken speech. Whether it is a political speech, a religious sermon, a scientific lecture, a proclaimed artistic manifesto, some wise guidance of a guru or a balance presentation of a CEO in front of his shareholders. Contrary to individual experiences which go along with everybody, the speech always has a connotation of an instruction of a more knowing to an unknowing crowd.

The practice of the speech is hierarchically unlike the dialogue or the discussion. Those who speak are spatially disconnected from their public in different ways – raised on golden pulpits, on pedestals or platforms, they are surrounded by microphones or fortified behind plexiglass. The presented constructs tend to assume an independent existence, to become dogmas which mentally exercise control. As the initially liquid concrete becomes very solid, words and ideas can harden to frothy platitudes or dangerous dogmas. The manipulative power of language transforms to an image of a constructed reality. (text of the press release)