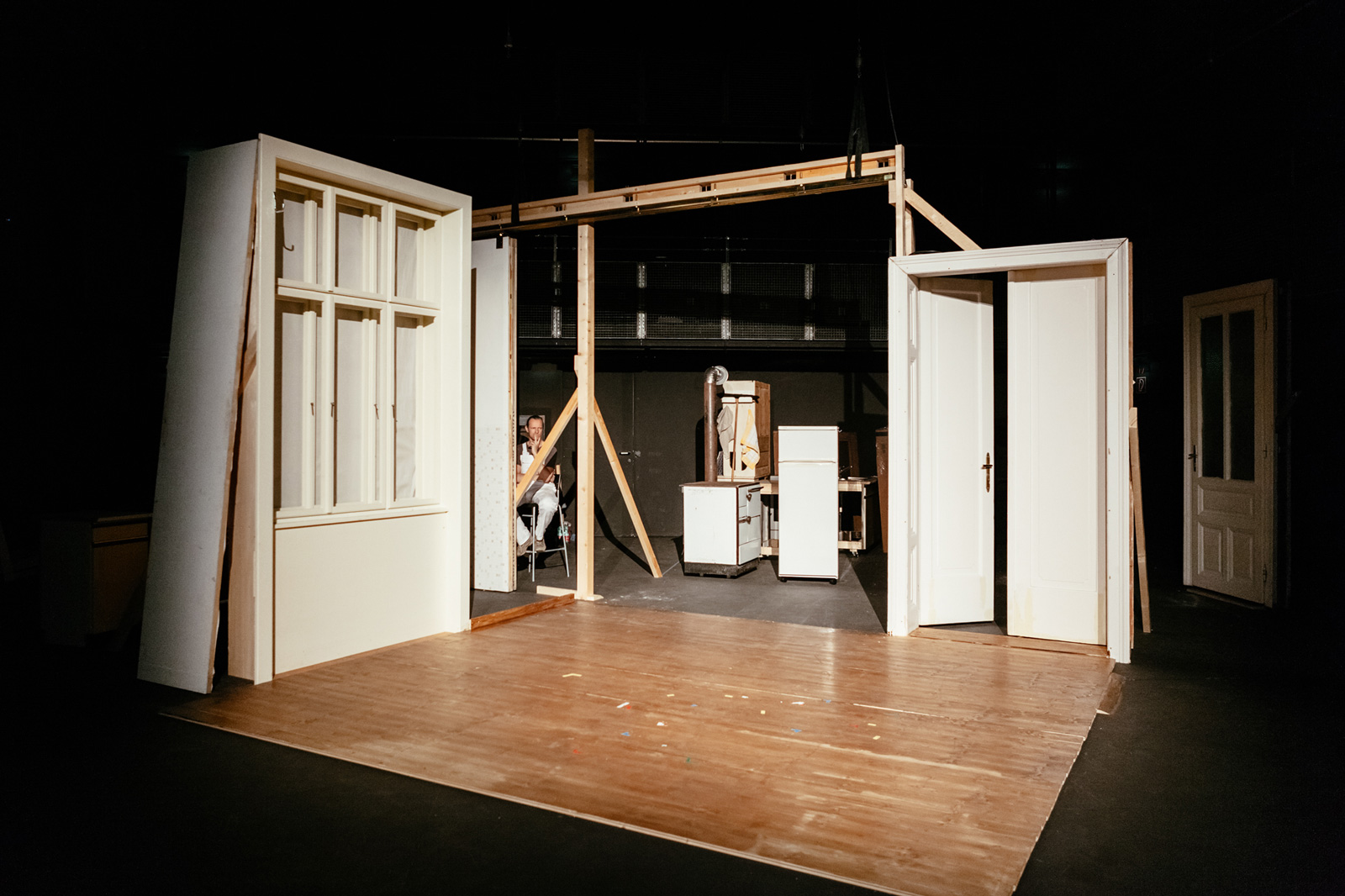 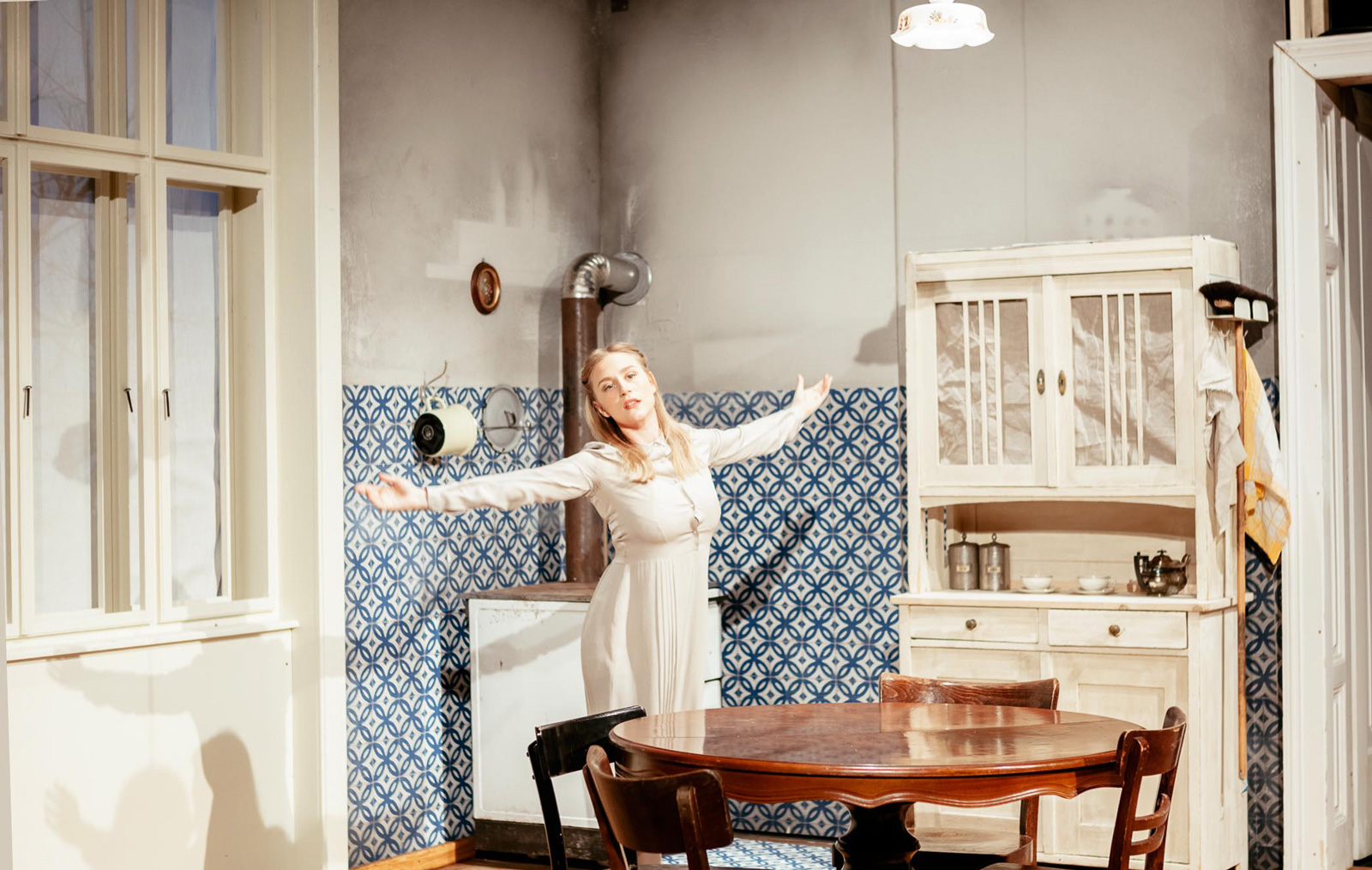 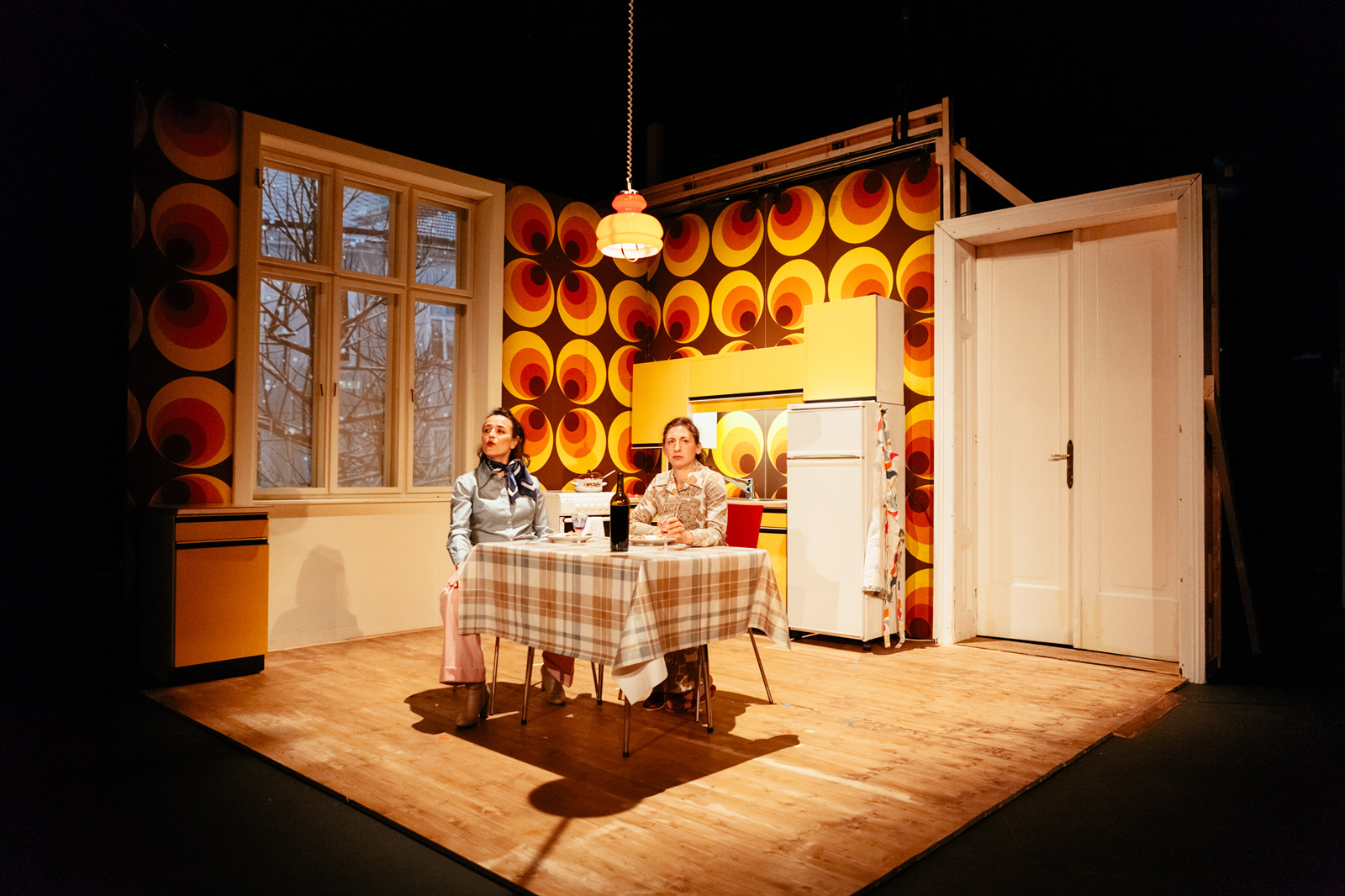 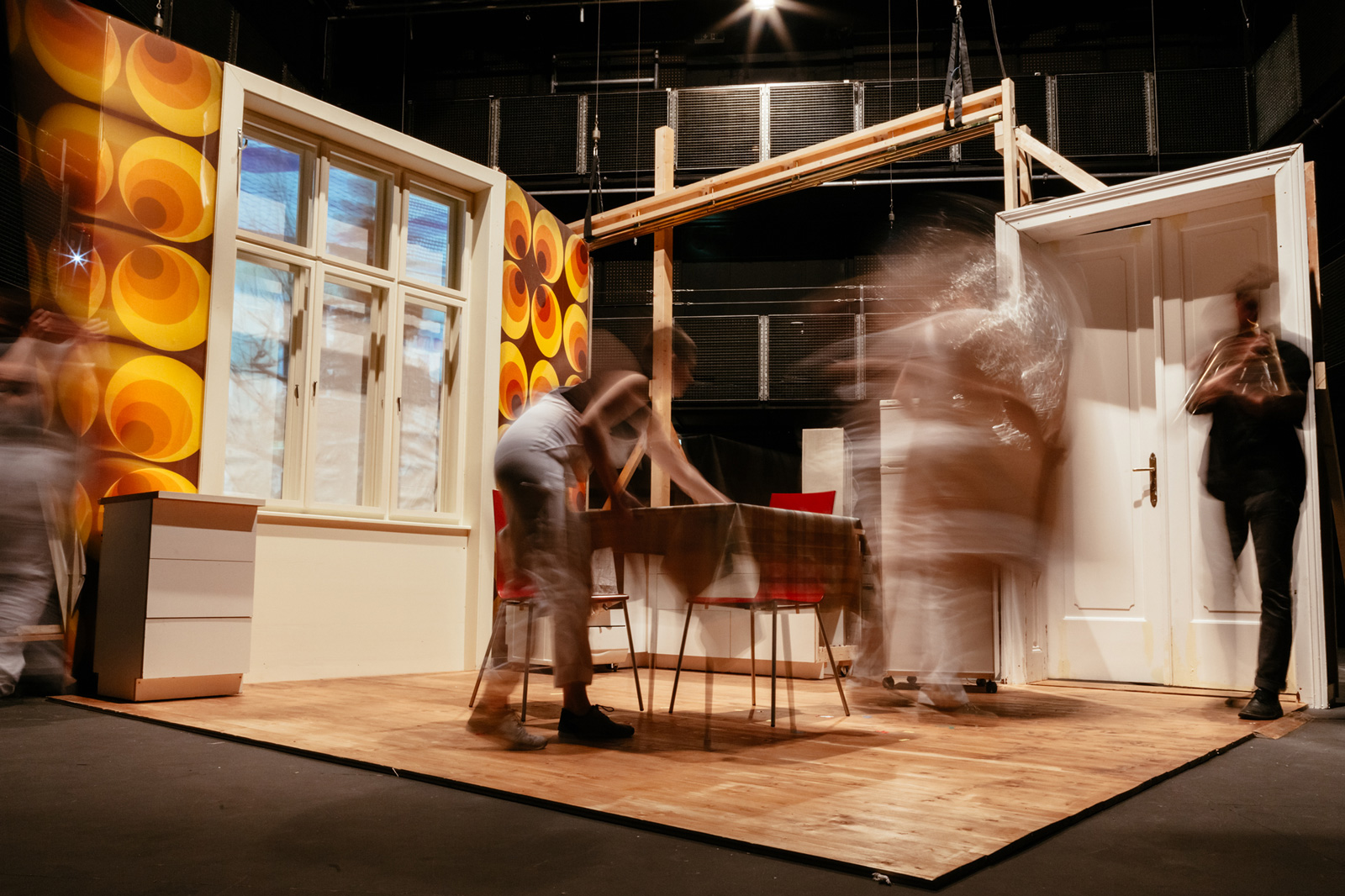 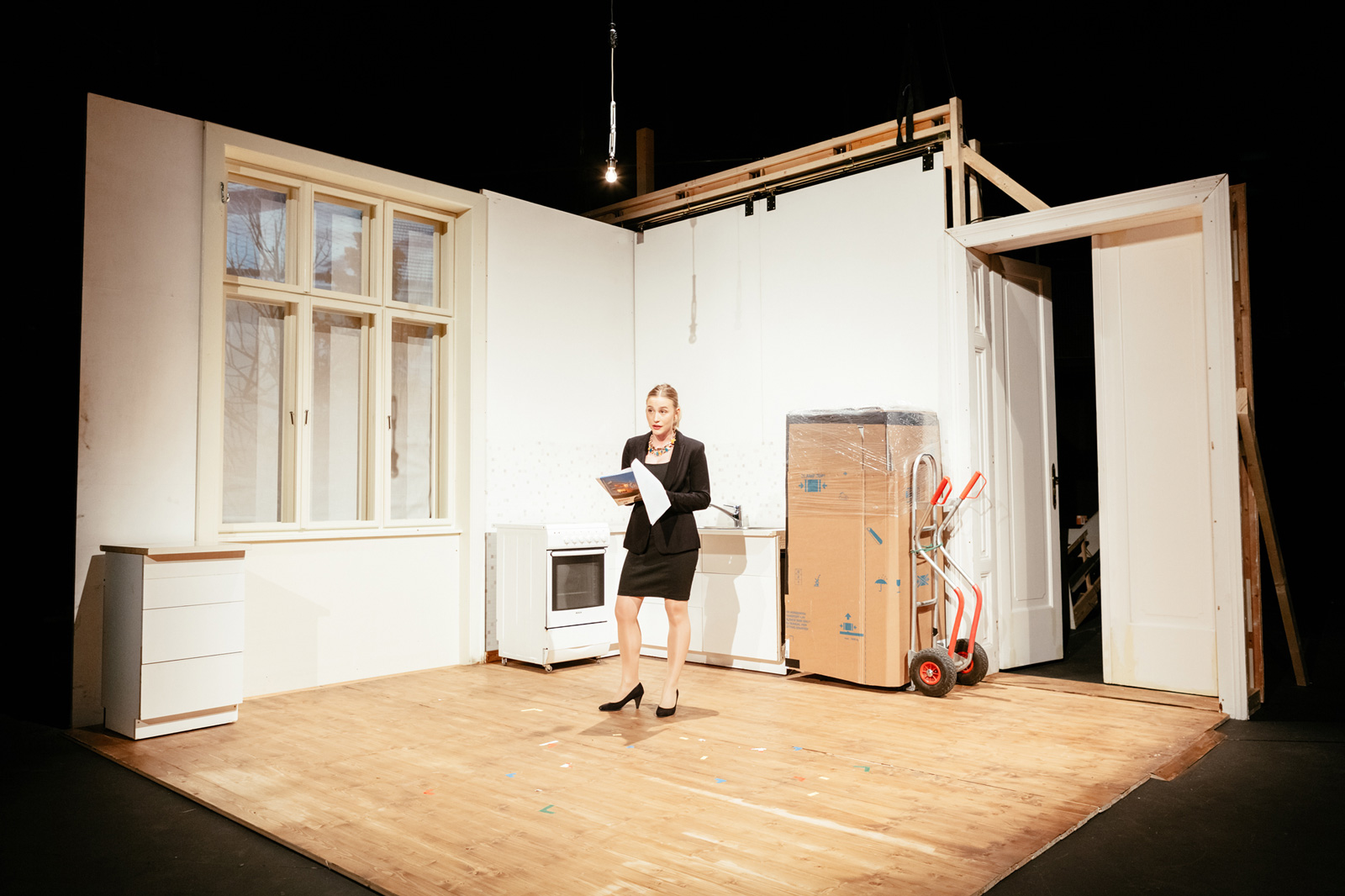 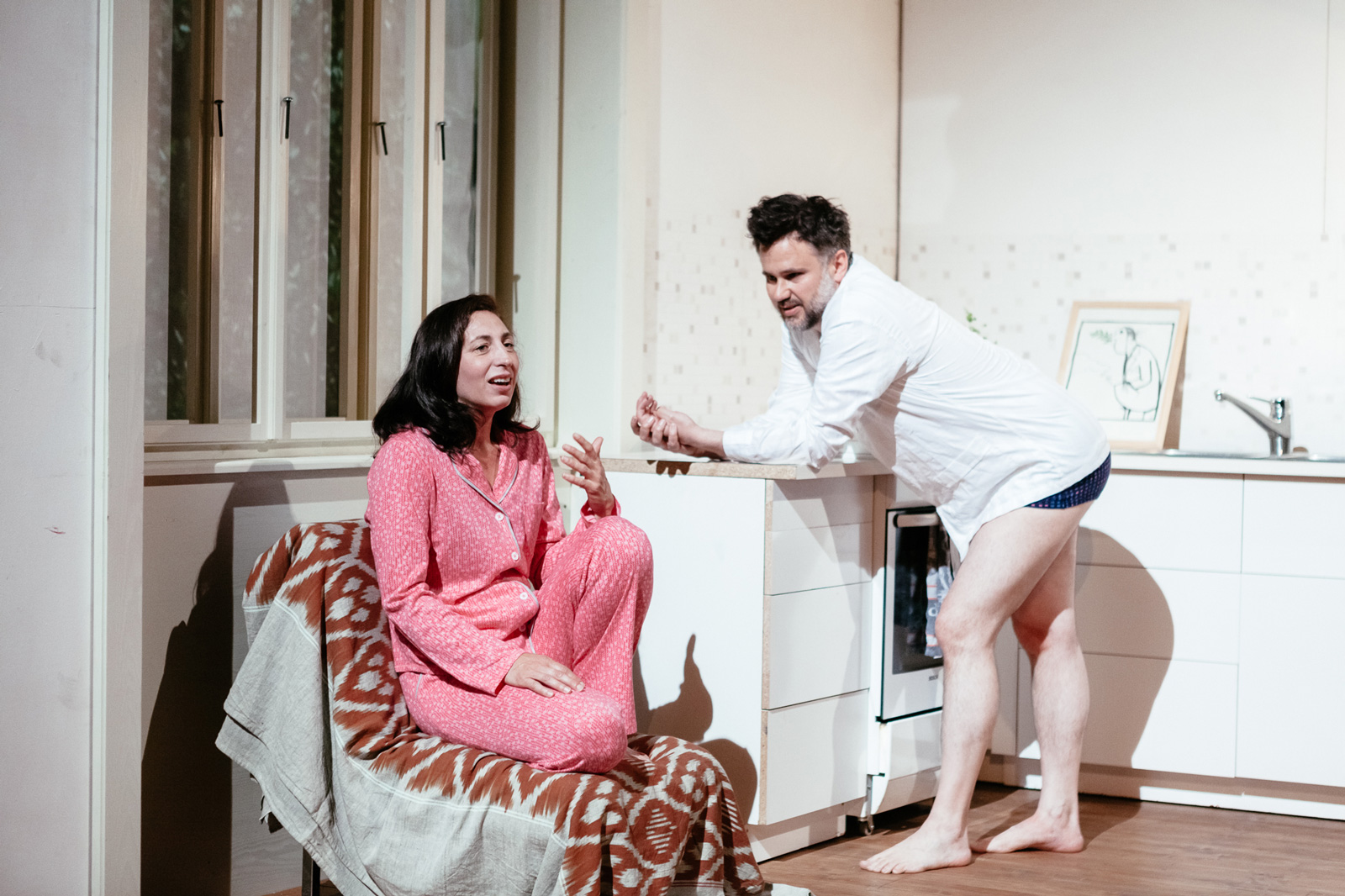 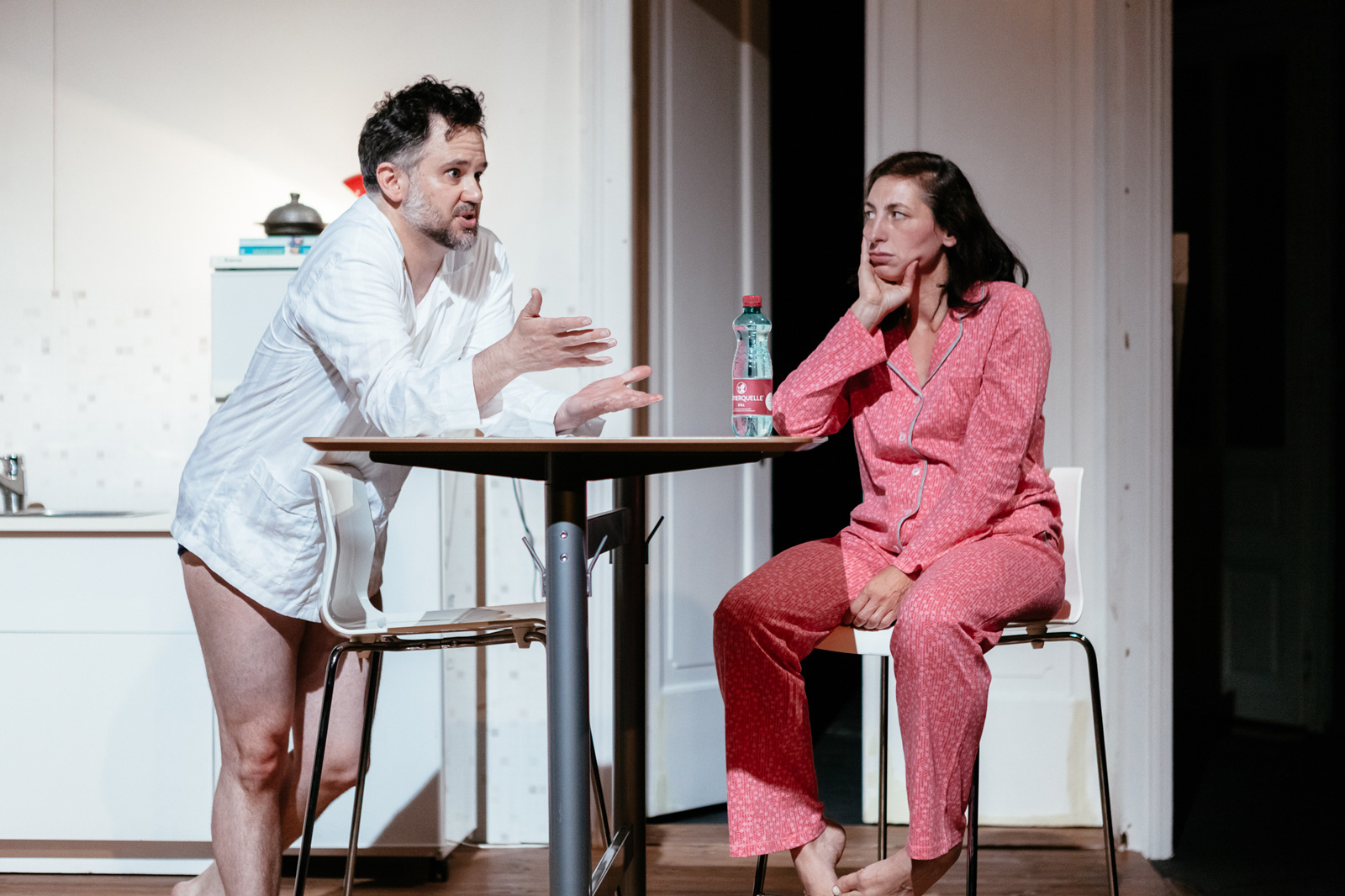 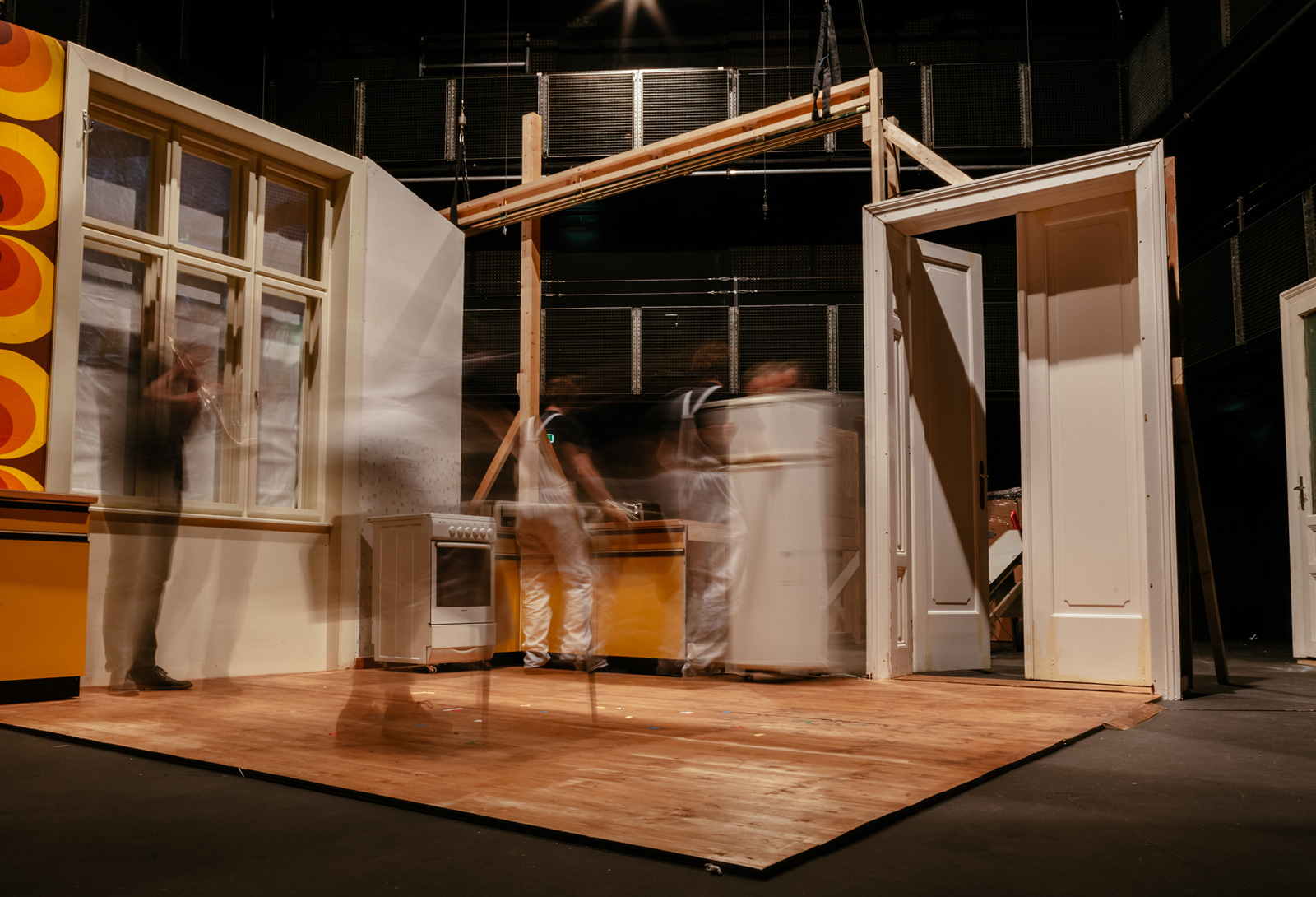 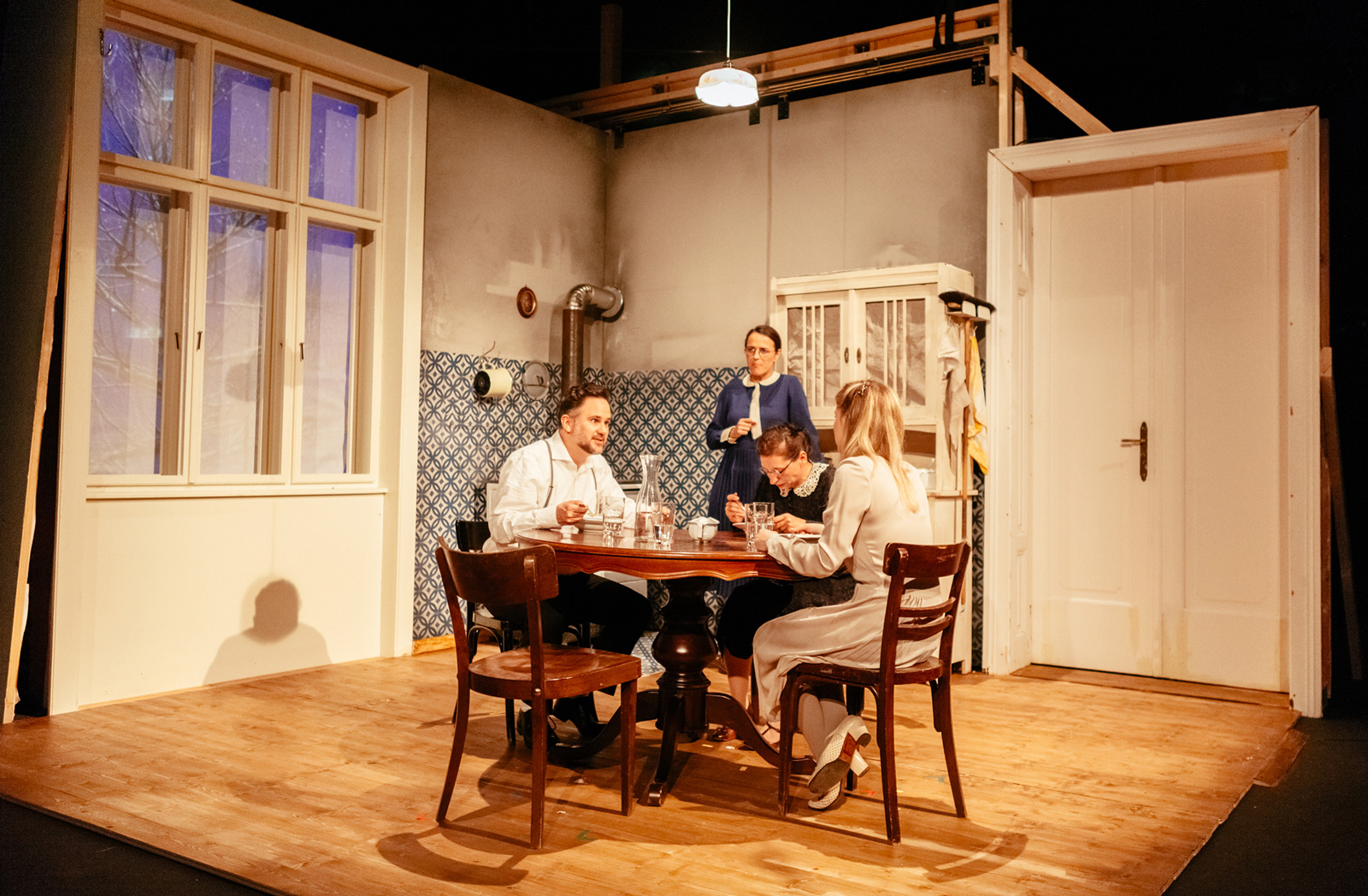 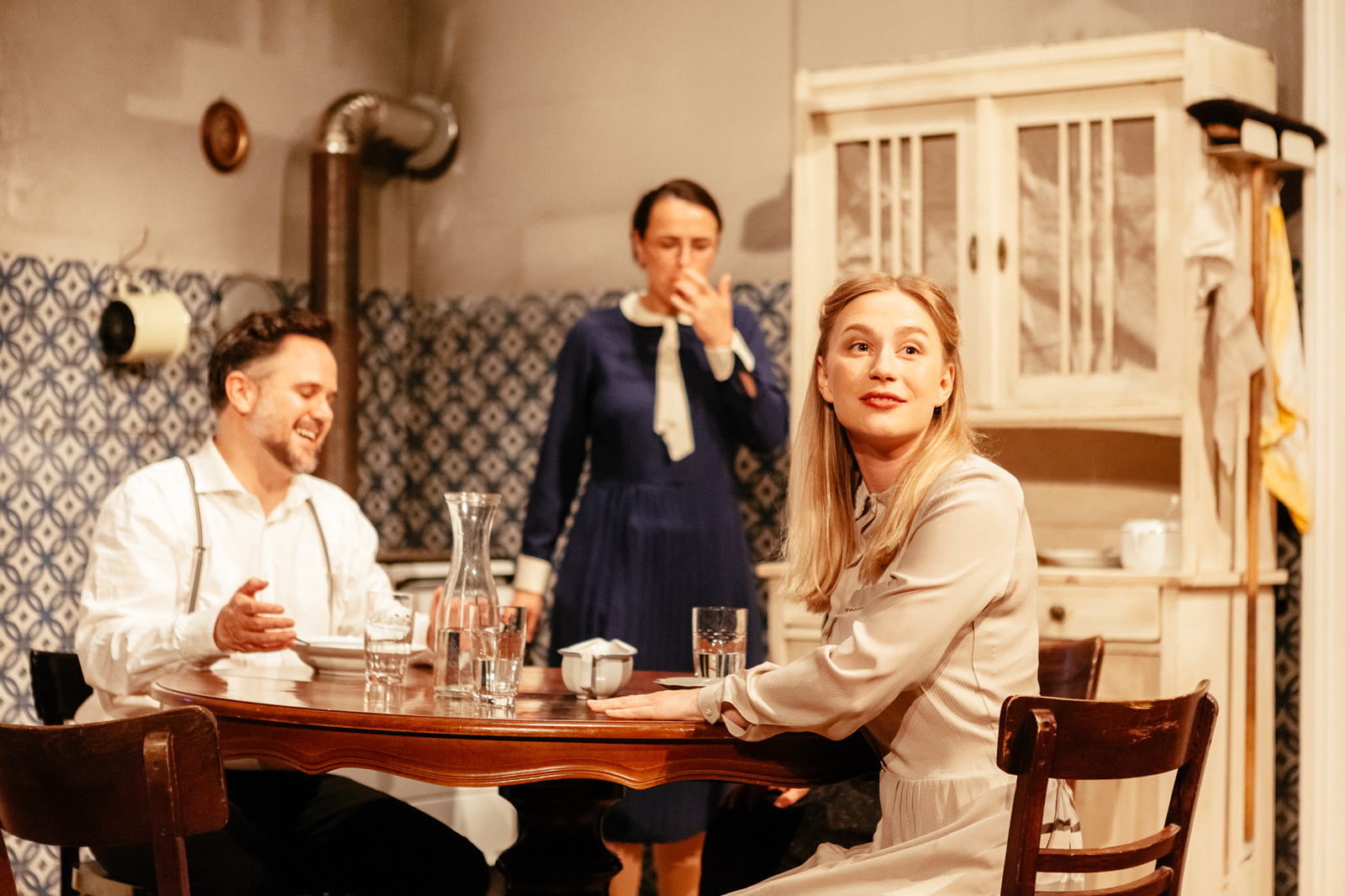 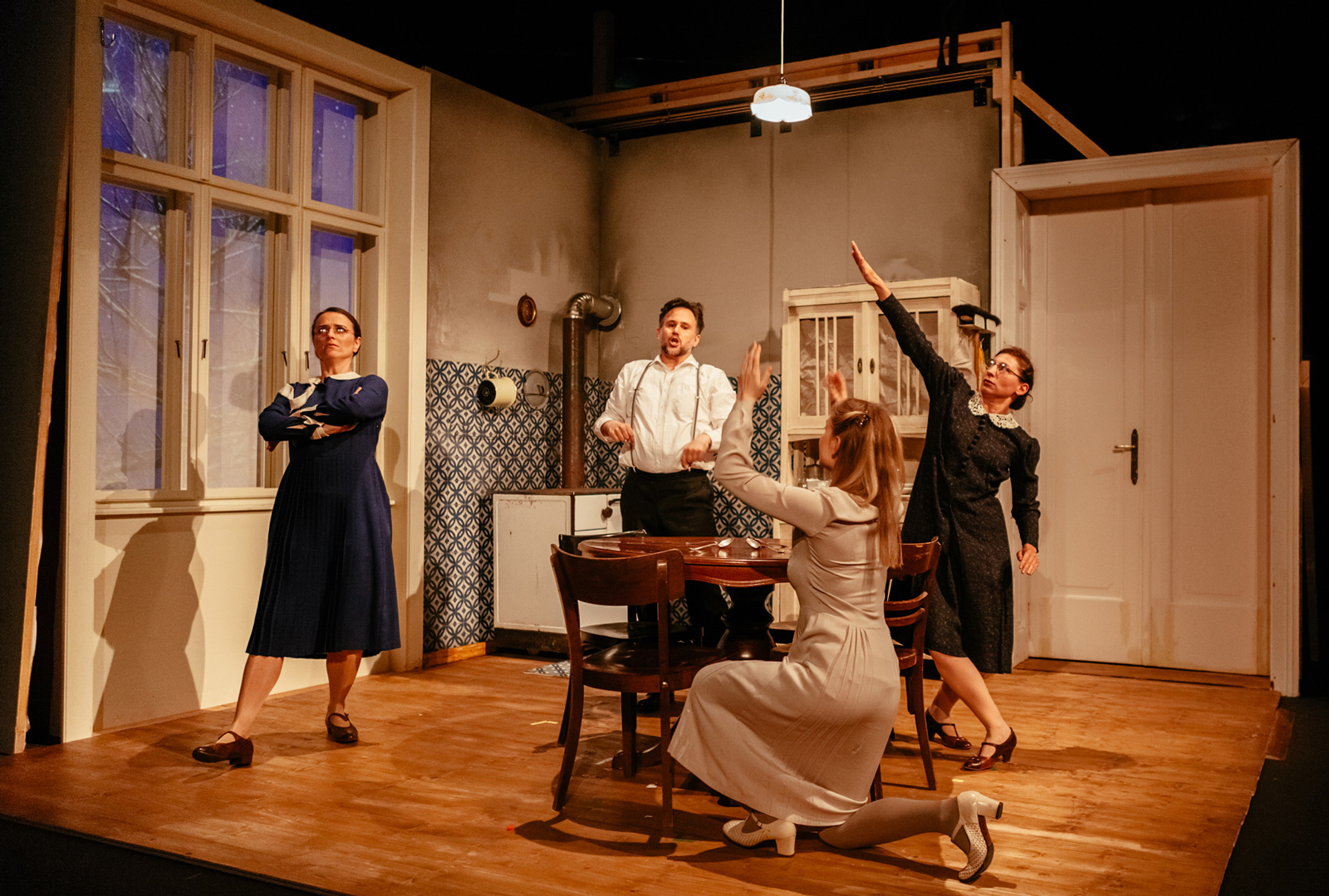 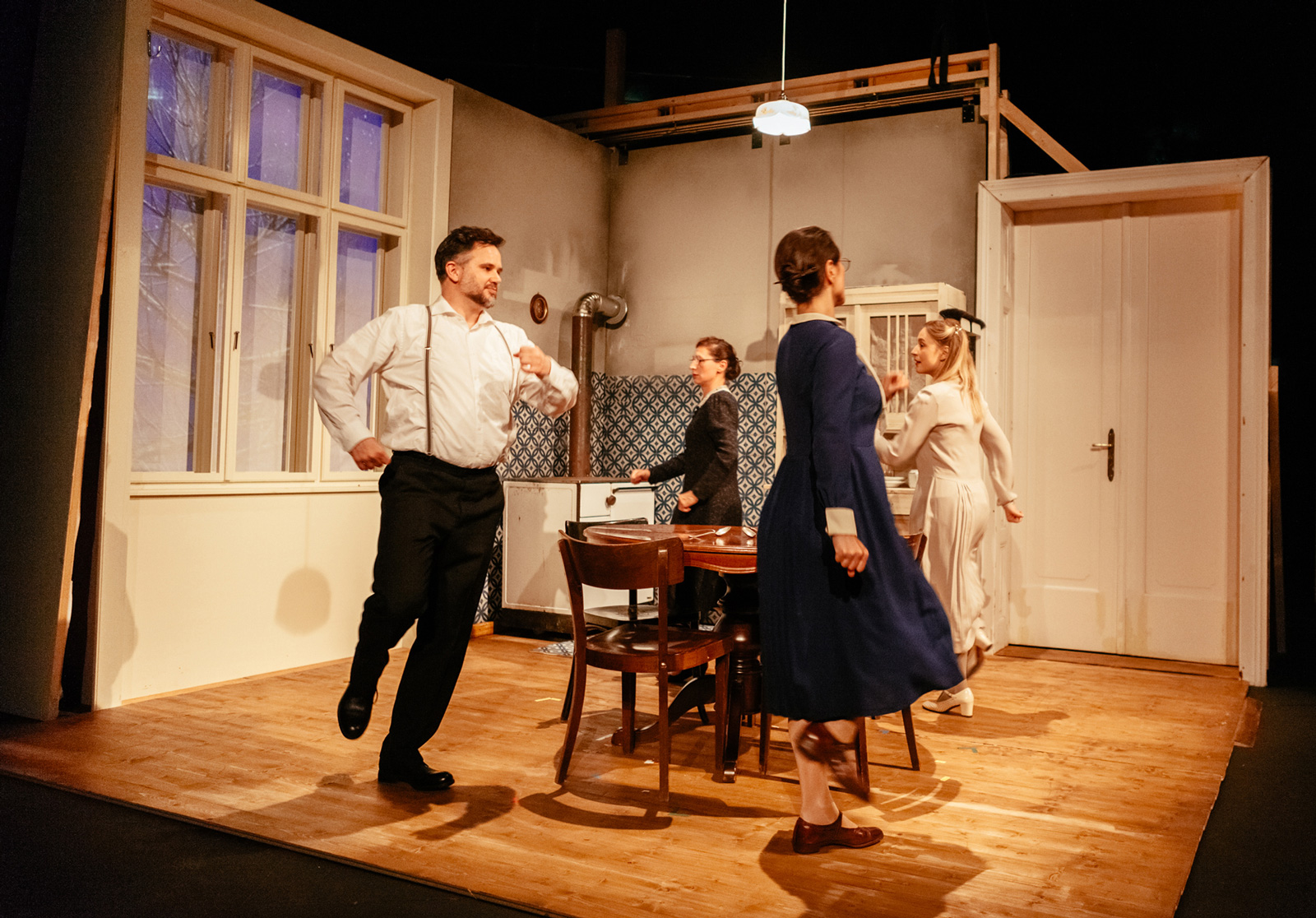 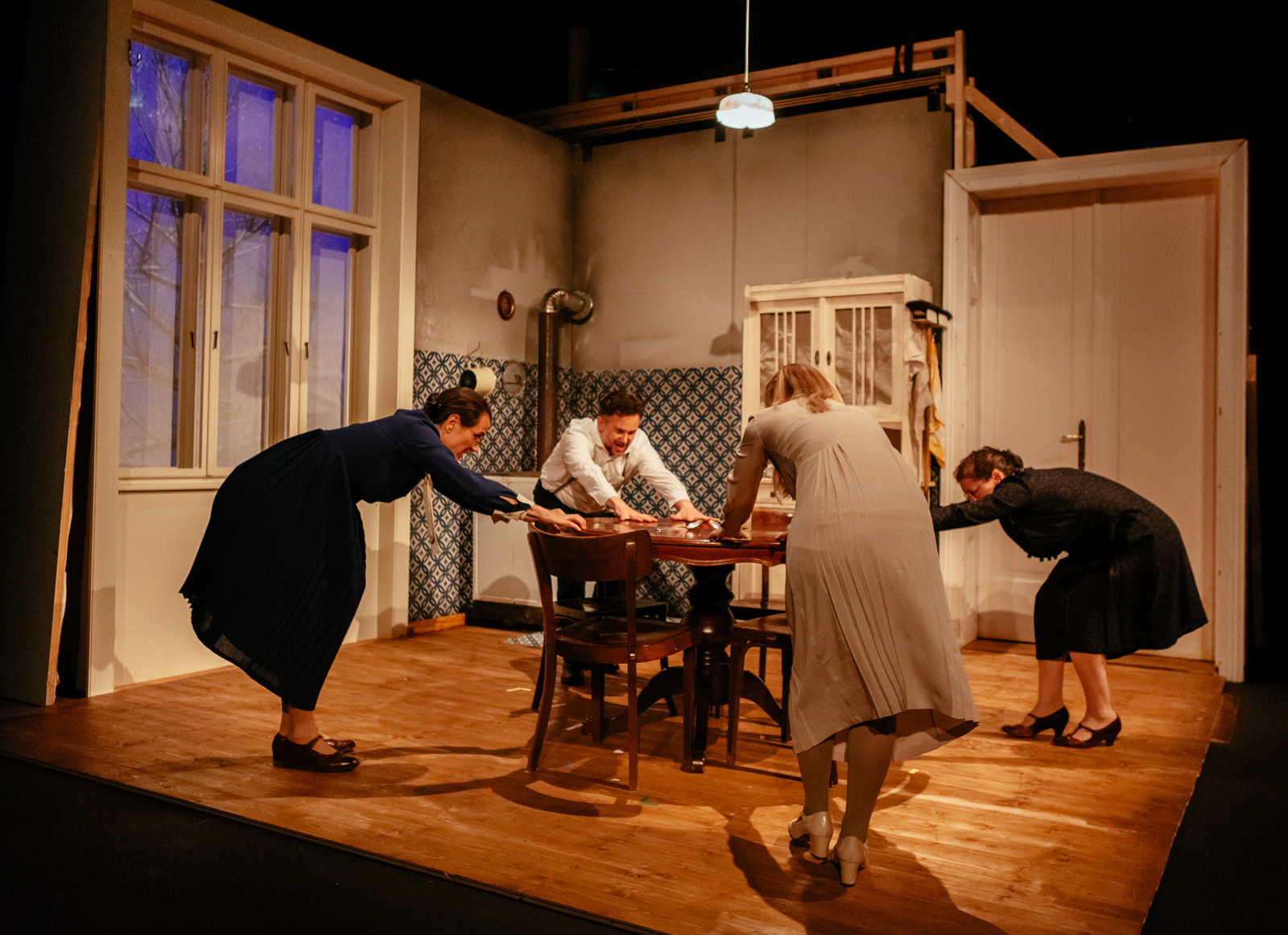 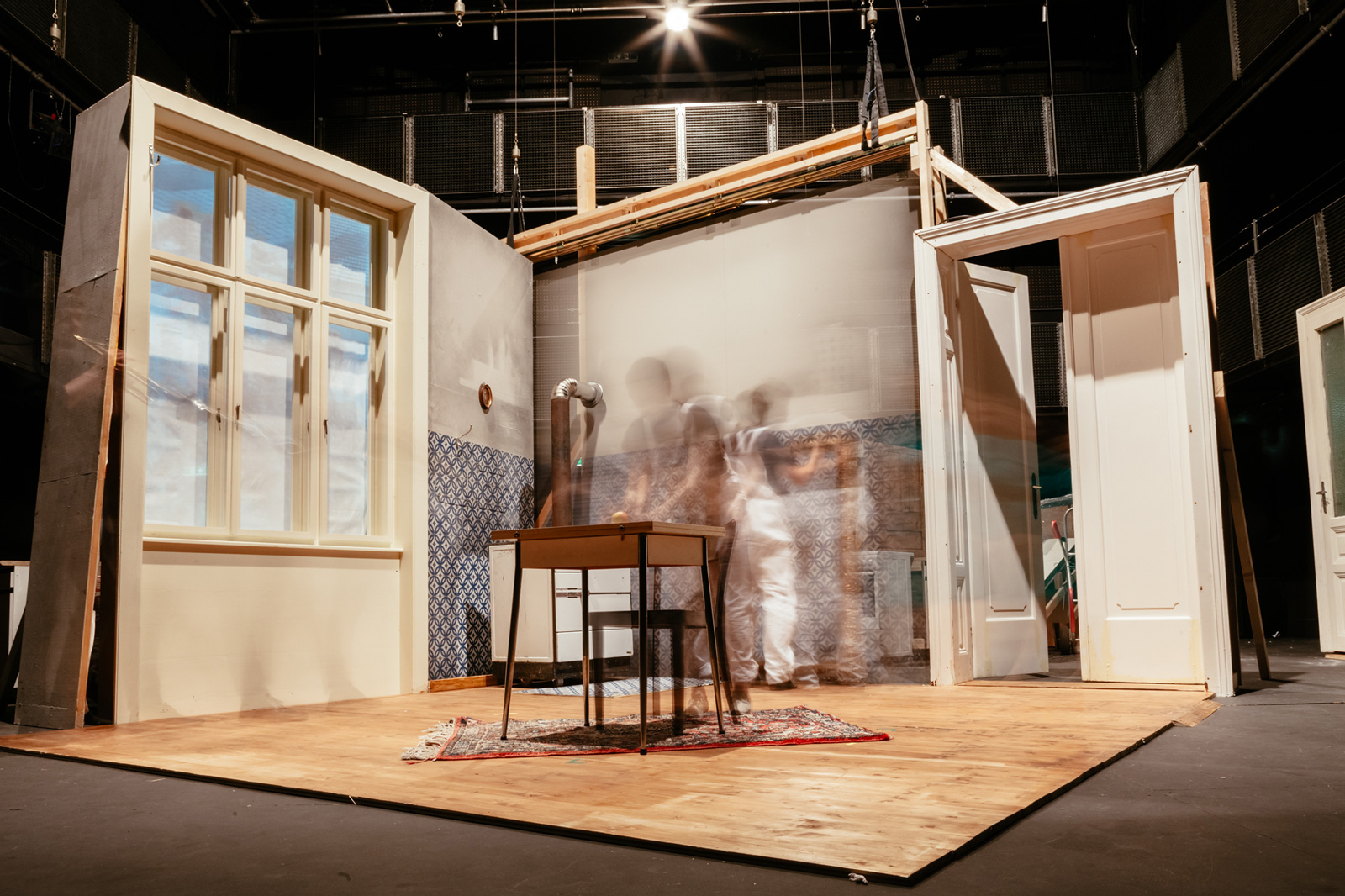 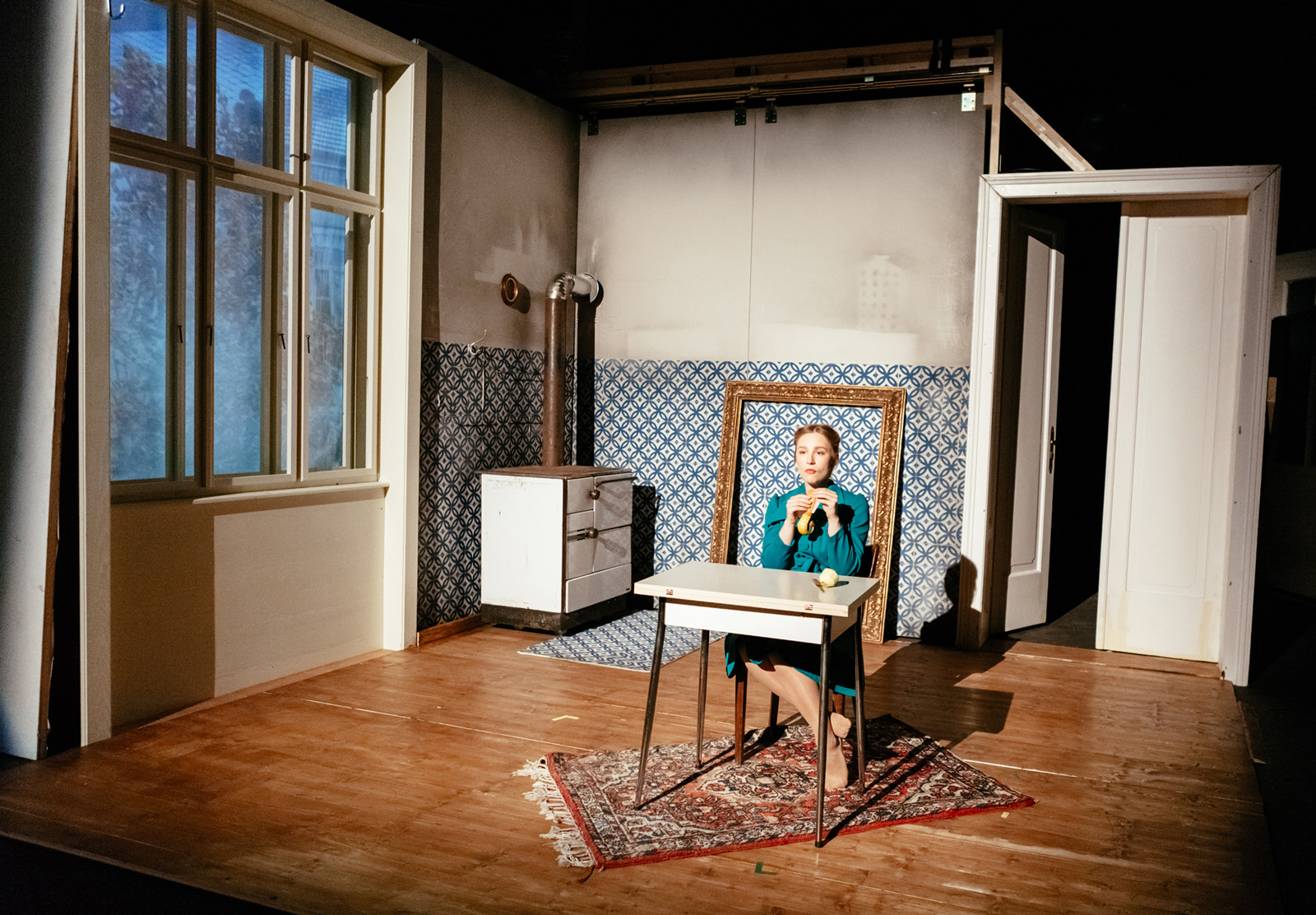 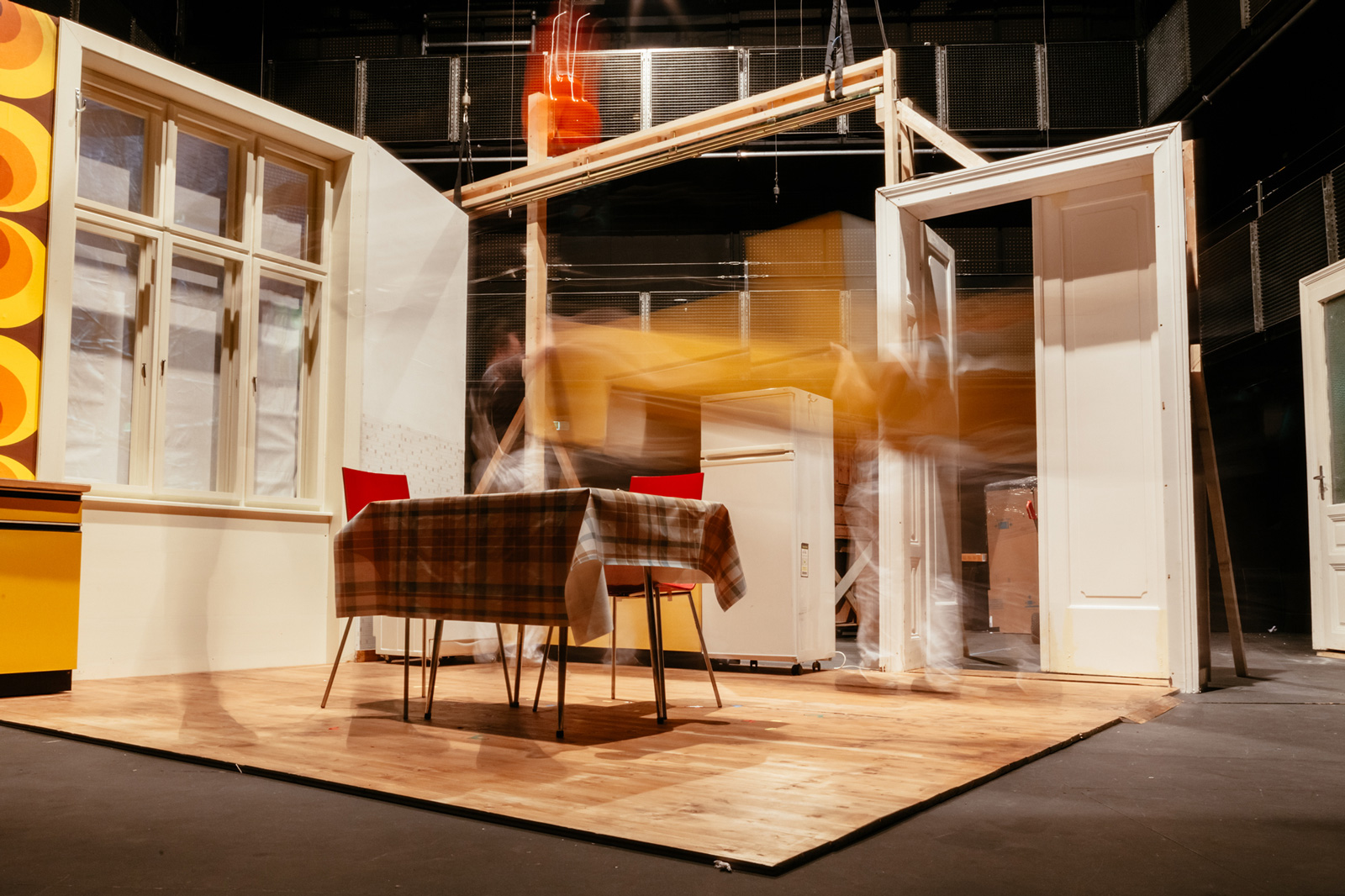 set design for HOME OF THE NOT SO BRAVE, at the brut Theater (Vienna/A), directed by Yosi Wanunu

The heroine of toxic dreams’s new play is a flat: one of those simple, unspectacular flats in one of those turn-of-the-century Vienna houses with its high ceilings and double doors. The protagonist has the number 12, third floor, 98 square metres.

Home of the Not So Brave documents the lives of the tenants of no. 12 over several decades. It is a detailed account of their trivial lives at their respective times, a mingle-mangle of human absurdities. The only thing these people have in common is this flat, otherwise they could not be more different: a Jewish family in 1930, a single man in 2016, a lesbian couple in 1970, two women in 2015, an anonymous tenant from an unidentified time, a neighbouring woman’s dead dog. Layer by layer, the characters reveal themselves and their dense web of imagined and potential relationships to the audience.